Hey guys, Drew back here! Posts like these really make me feel pathetic. It's taken me over two months to show off some of what I got for Christmas. Oh well, check them out: 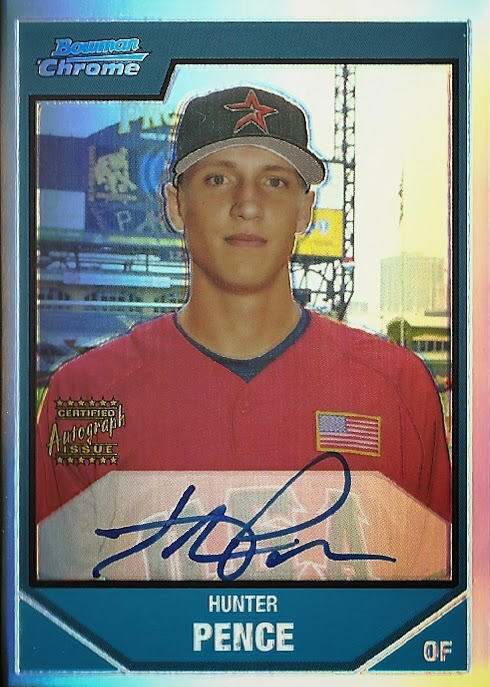 My dad treated me to a bunch of the cards at the local corner store that has sold me a few very nice cards in the past. I had eyed one of the cards they had there for a while, and sure enough Dad remembered it! But first, here's a nice Hunter Pence Bowman Chrome refractor autograph numbered out of 500! It's a gorgeous card and from what I remember, it was at a bargain price too! Pence is a solid player, and I remember having him on my fantasy team a few years ago. 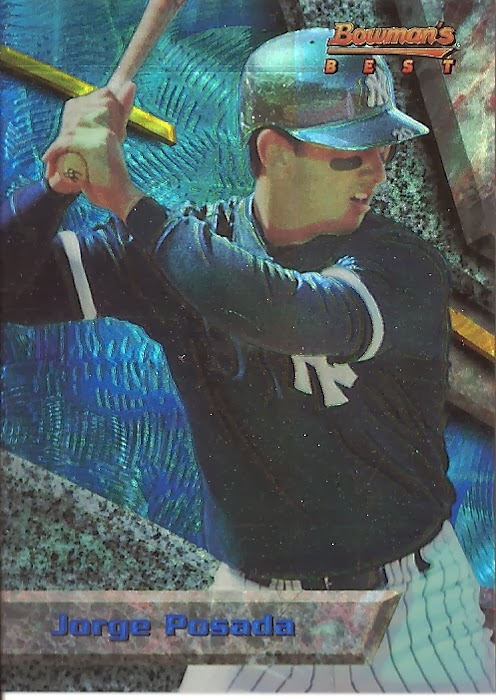 Next was a Jorge Posada rookie card out of 1994 Bowman's Best! I have one of these, but can never have enough; the other sits in my Core Four rookie card display I have set up in my mancave. This is probably my favorite Posada card, so I'm glad I got to add another one to my collection. 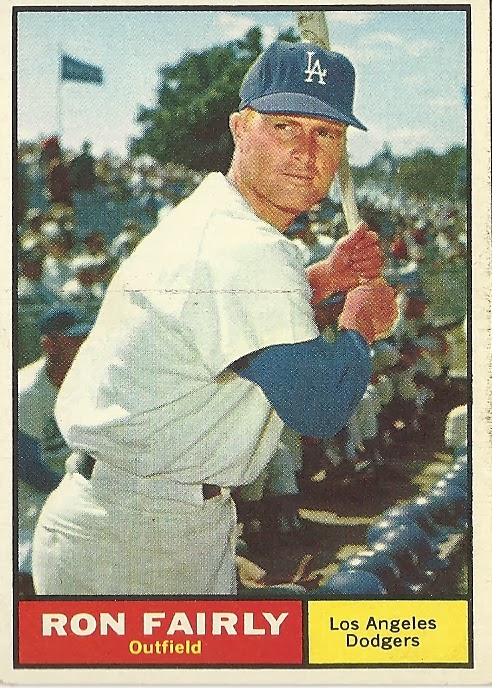 Here's a 1961 Topps Ron Fairly card, the only '61 Topps card I believe they had for sale. I've currently completed 52.5% of the 1961 set (including high #'s). I haven't focused on it at all lately, but I've been thinking about scrapping off the high numbers for the time being and just finishing the regular set. It would help me concentrate on it more, because knowing that a bunch of random cards are worth $30-40 at least has intimidated me. I love the set, and look forward to adding more to it in the future. 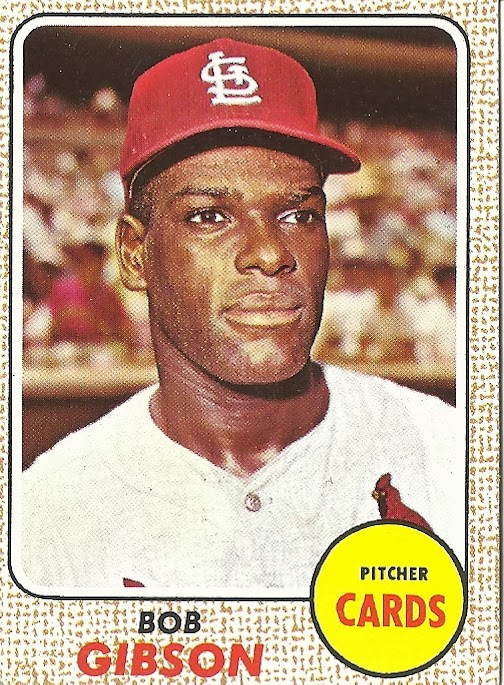 Sticking with the vintage theme, here's a very nice 1968 Topps Bob Gibson! I've always been a fan of players who aren't afraid to leave their mark on the game, and Gibson was nothing short of scary throughout his career with the Cardinals. I love collecting Gibson cards; he's easily my favorite pitcher of yesteryear and I'm glad I didn't have this one yet! 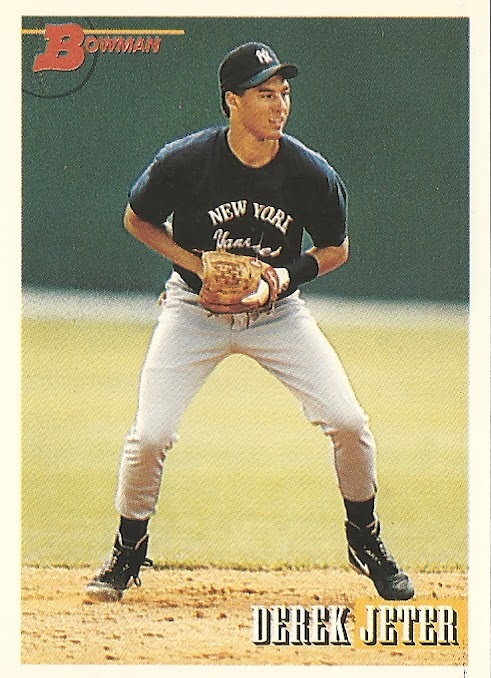 We close with a few rookie cards of my all time favorite player, Derek Jeter! I needed both of these cards for my Jeter collection, and I think with these I now own close to/if not all of his regular issued rookies! First, here's the 1993 Bowman card, which is certainly one of the more underrated rookie cards of his. I've always slept on it and I'm glad Dad was able to wake me up and get it for me! 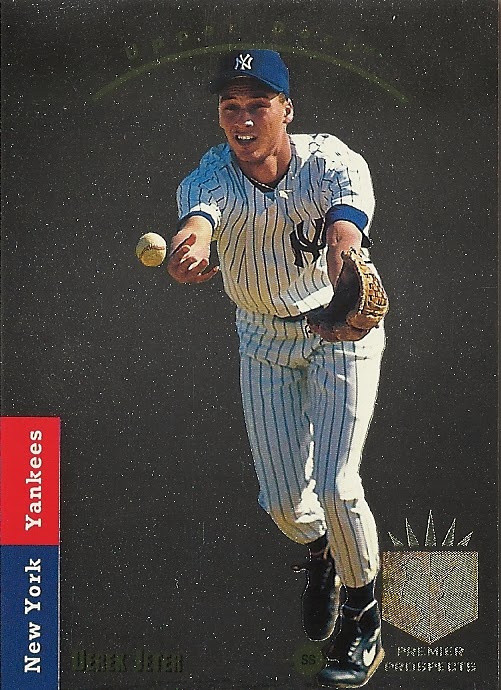 Easily the hardest card to scan of all time, here is the card I've had my eyes on for a few years now, the famous 1993 Upper Deck SP Jeter rookie! This is Jeter's most saught after rookie card, and even though I know of a few Jeter cards I like much more visually, this one strikes as gold just because of what it is! And finally, it is in my possession!

Thanks so much Dad for the awesome gifts! Merry Christmas to all of you! ;)