Hey guys, Drew back here! Over the past few months I've been sparsely adding to my collection, although I haven't put much money into the hobby. Luckily, the best thing about the Through the Mail hobby is that you invest early and your results tend to trickle in as a nice surprise later down the road. I sent to these two players during last year's season and figured I'd have to be patient if I wanted to get a success. Sure enough, both players caught up on their mail during the offseason and I ended up receiving two gorgeous signed 8x10's! Check them out: 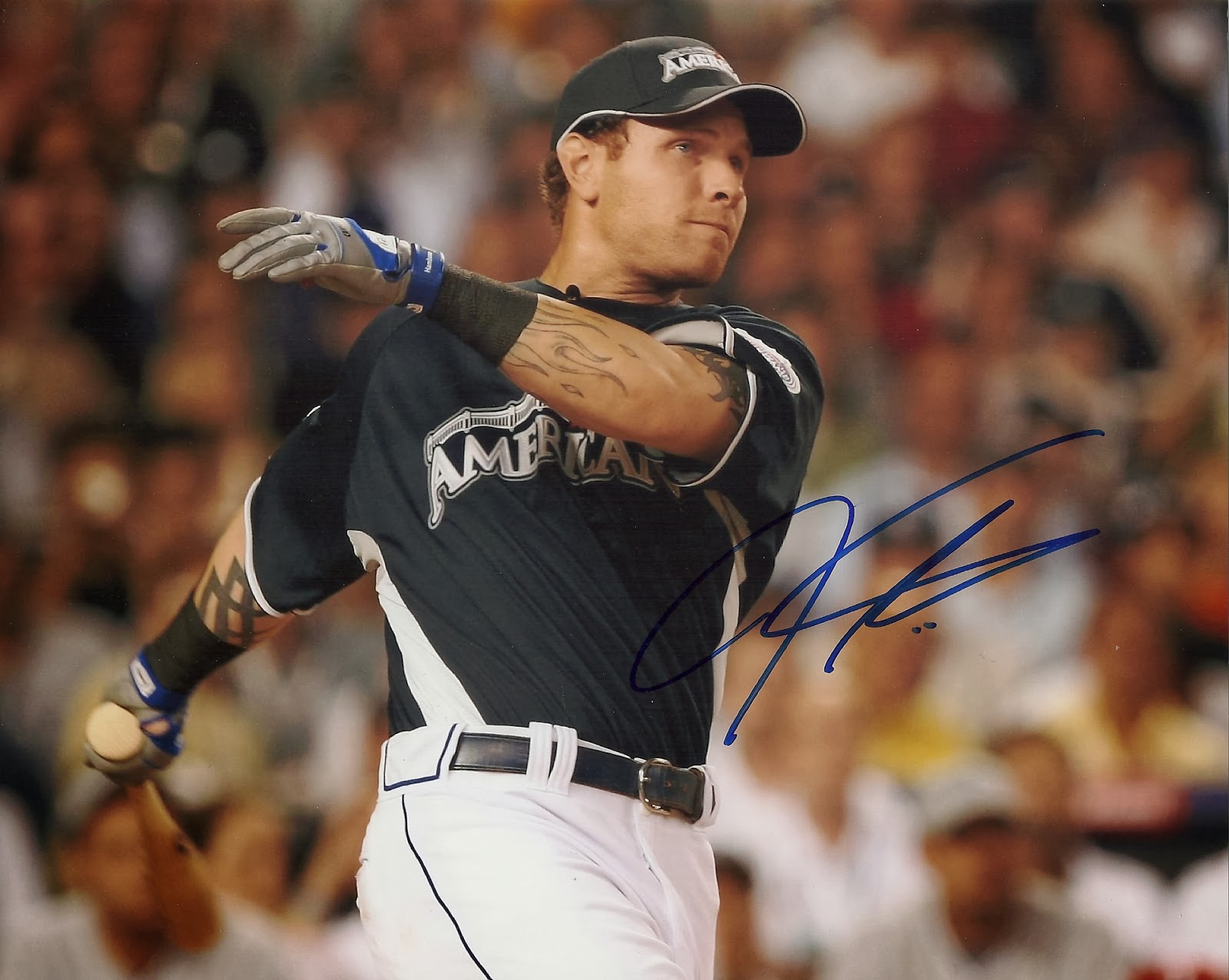 Josh Hamilton was kind enough to sign this picture of him participating in the 2008 Home Run Derby for me! I've been a big Hamilton fan since that night, and I'll always remember sitting on my living room couch with my Dad in utter awe of his performance. So far Josh hasn't really panned out in LA, but he still has time to make up for it and I believe he's still capable of being a productive player for one of baseball's better offenses. I sent this picture to him during last Spring Training and received it back in December, and it was well worth the wait! 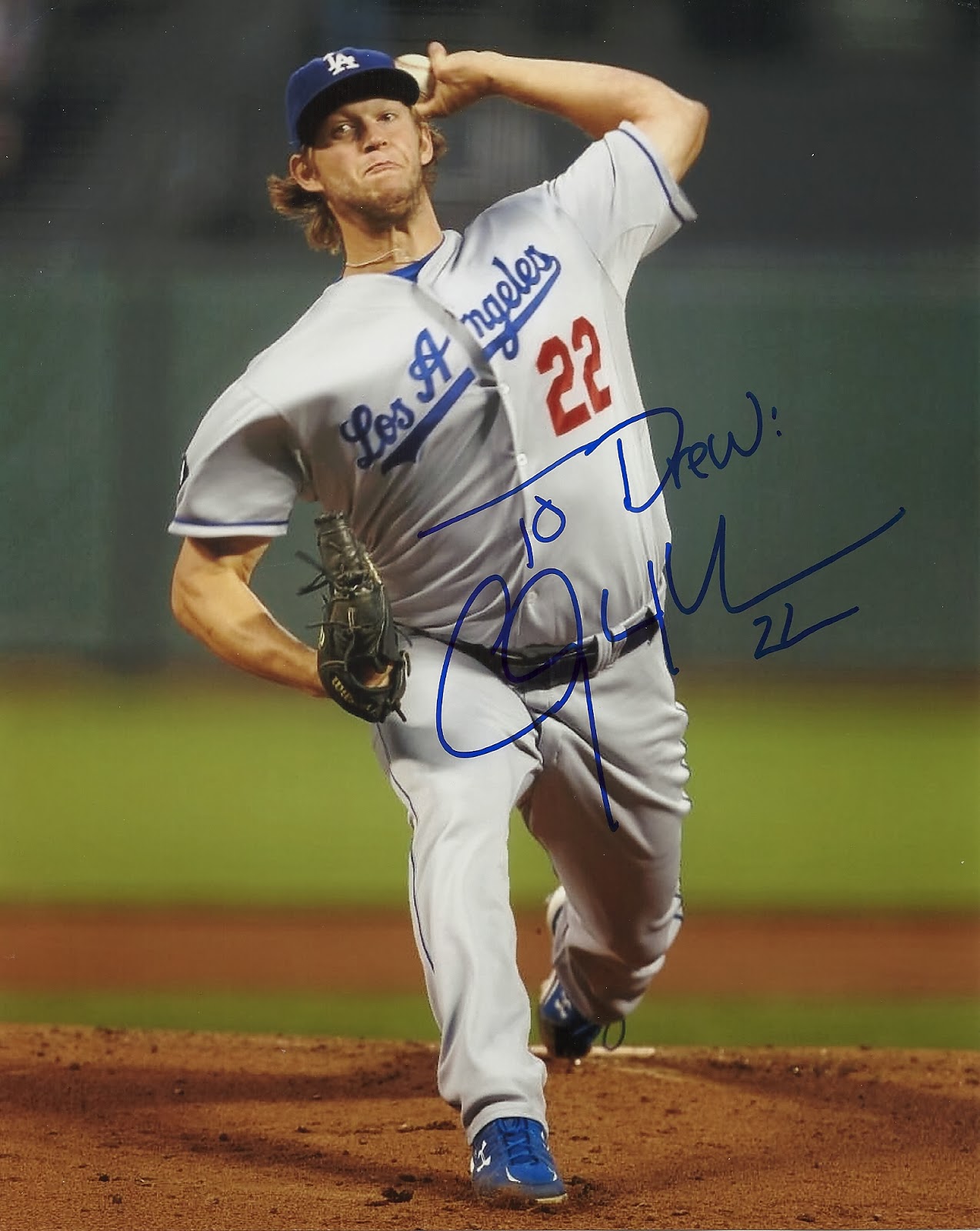 A week ago today I also got back this signed Clayton Kershaw 8x10! I had gotten both Kershaw and Hamilton on cards last year, but I felt like having a signed photo of the best pitcher in baseball was well worth the cost of postage! Rather than dig into all the statistics, I figure those of you who know Kershaw know how great of a pitcher he is, and he really does speak for himself! Now a 2 time Cy Young Award winner, the Dodgers signed him to the biggest deal of all time for a pitcher this past offseason. If anybody in baseball currently deserves the money they've been given, it's Kershaw, who's certainly carried an often inconsistent Dodgers rotation and given them opportunities to win in the postseason! I'm excited to watch him more as the years go on and it's crazy to think that he's just entering the prime years of his career. I love the personalization he gave me on the photo and I'm looking forward to putting it on display while he's on the road to Cooperstown.

Who else got Kershaw or Hamilton back? Did they make it worth your wait? Let me know in the comments below!