Hey everyone, Drew back here! So, I wasn't on hand when Jeter passed Gehrig last year, or when he just recently picked up his 3,000th career hit, but I will be on hand for something that will always be remembered in the new Yankee Stadium tonight. What may that be?

Yes indeed, as I've mentioned once or twice on here, I'm seeing PAUL McCARTNEY and his "Band on the Run" in Yankee Stadium tonight! The legendary Beatle and lady killer will be performing about 40 songs for the huge sold out crowd tonight, as one of the first concerts (besides Eminem/Jay-Z) in the new stadium!
Before I was big on the card hobby, The Beatles were my life. John Lennon was always my favorite as well as George Harrison, but of course, I will never be able to see them live in concert. But Paul always seemed to be the most entertaining Beatle, and Ringo, well, was Ringo. After tonight I will be able to say that I'm one of the only younger kids that has seen at least half of the most famous band of all time in concert.
So, I'll try to snap a few pictures and perhaps take a video or two for you guys, and wish me luck! 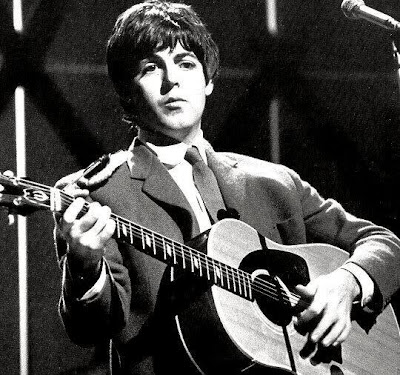