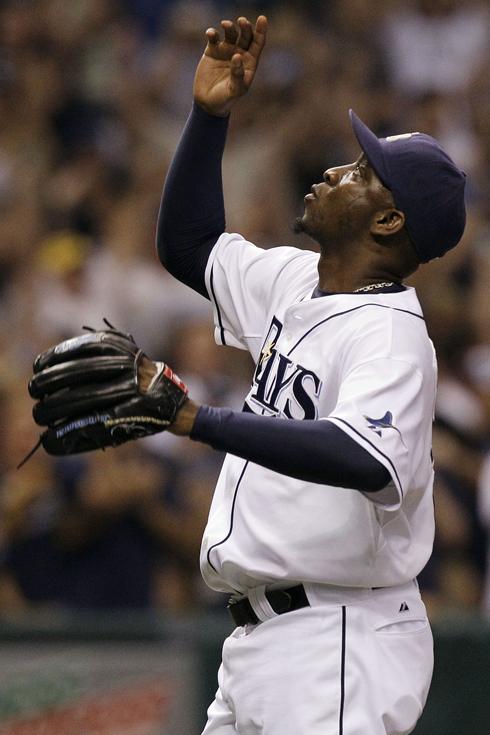 Hey guys, Drew back here. Yesterday, the Yankees signed former Tampa Bay Rays closer Rafael Soriano to a 3 year, $35 million dollar deal. While this is good for the Yankees, and I'm very happy to add this All Star closer, it's kinda sad to see. Of course, Mariano Rivera has been one of the, if not the greatest, closer of all time, and he just discovered his replacement when his new contract expires in 2 years. Rivera has saved 559 games for the Yankees since he first came up with the team in 1995, and has been one of the most consistent players to ever take the mound. The signing of Soriano almost means that the end is near for Rivera, one of the most beloved Yankees of all time.

However, Soriano could be a nice replacement. Last year in his best season yet, he was 3-2, with a 1.73 ERA and an American League leading 45 saves for the Rays. He has become one of the top closers in the game, but will now have to settle as a set up man for 2 years, waiting for the Sandman's time to end. He is 31 years old now, so when he does get his chance, he will be coming towards the end of his prime, which could be a problem.

I'm pleased with the pickup I guess; I think it was important to get a Soria or Soriano to bolster the bullpen, which we surely needed. Many expert analysts say that the Yankees now have one of the top ranked bullpens in baseball, which is so great to hear after last year's disaster. I'm also glad that they finally were able to get a nice addition, as this offseason has not been the best we've done by any means.