Hey guys, Drew back here. I was going to plan on posting some other recent additions today, but I thought I should cover some of the latest baseball news. 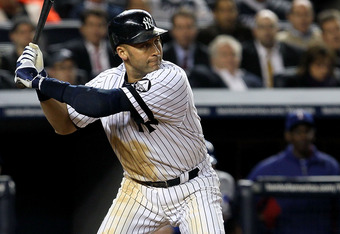 First off, Derek Jeter will return to the Yankees after supposedly agreeing to a 3 year, between $45 and $51 million dollar deal with the team today. He will make approximately $15-17 million a year, which seems fitting considering he deserves to make $ but should not be the highest paid player on the team due to his recent performance. I'm glad Jeter finally woke up and realized that he wasn't worth $25 million a year for the team anymore, and even though he technically should be the highest paid player on the team, after last years performance, he doesn't deserve that kind of money. Jeter will most likely collect his 3,000th hit this year with the Yankees, becoming the 1st Yankee to ever achieve 3,000 hits or more in their career! 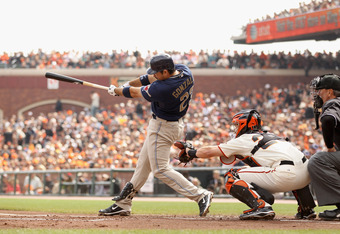 In the bad news category (at least for me), the Red Sox are about ready to pull off a blockbuster deal with the Padres to land prized 1st baseman Adrian Gonzalez. According to ESPN, a deal is in place, pending a physical that Gonzalez is taking in Boston. The Red Sox hope to boost their lineup with a power bat that produced 161 home runs for San Diego in 5 seasons. This is awful news for any Yankees, Rays, Orioles, and Blue Jays fans, adding a new superstar into a rival's lineup. This news really disappoints me, but whats done is done and hopefully our pitchers will be able to contain the beast!

And I'll end by remembering 2 great players, who both passed away within the last week. First, legendary Cubs 3rd baseman Ron Santo died due to complications of bladder cancer and diabetes. Santo had 2,254 hits, 342 home runs, 1,331 RBI, and a lifetime batting average of .277 in his career, and is regarded as one of the best retired players not in the Hall of Fame. Santo was one of those players that I found a whole lot more about after his passing, which is unfortunate for sure. His diabetes and cancer forced him to have his legs amputated at the knees, and he lived in a lot of pain throughout his short life. He will be remembered as one of the best Cubs to ever play, and a baseball great.

Also, former Yankees infielder Gil McDougald passed away on November 28th at the age of 82. McDougald played 10 seasons throughout the 1950's with the Yankees, winning 5 World Series championships. He made 6 All Star Teams, and was the 1951 AL Rookie of the Year.

May Mr. Santo and Mr. McDougald rest in peace...