Hey guys, Drew back here. I've been so caught up with school work lately that it's been hard to find time to find time for cards. When I do at this point, I make a ton of custom cards. I've so many of late, because I don't find any of this years Topps offerings exciting enough to buy a lot of. I haven't done one of these posts in a while, so I was looking around on Check Out My Cards and I found a few worth showing.

2009 Upper Deck Ballpark has a nice clean design. It's pretty expensive, but 7 times out of 10 you'll get something worth talking about. Unfortunately, it suffers from "Whattheheckaretheseplayersalldoingonthesamecarditis". Here are a few examples: 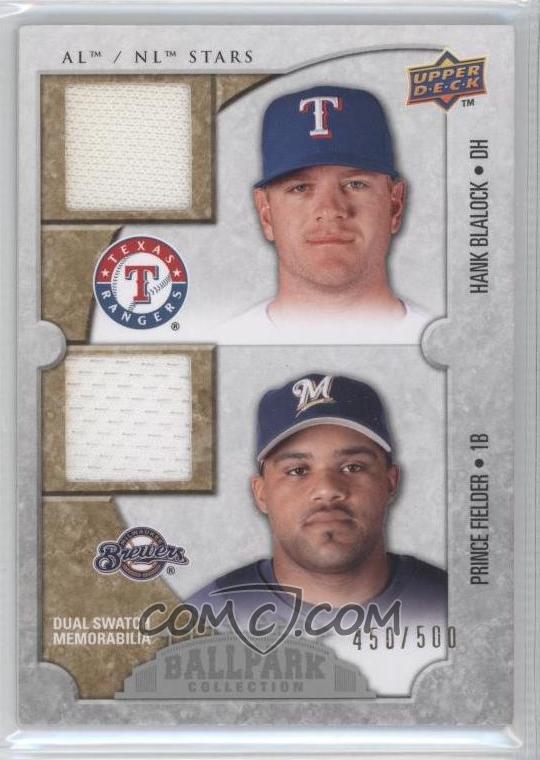 First of all, since when is Hank Blalock a star? Since when is he able to be on the same card as Prince Fielder? 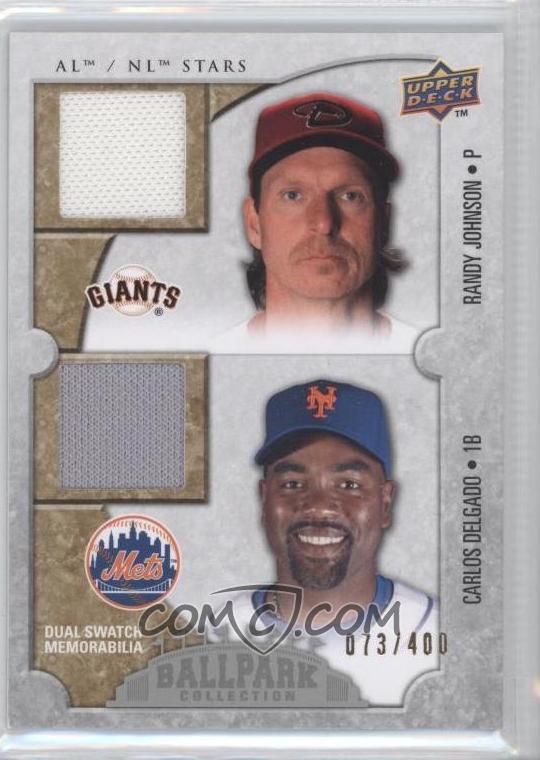 Oh, I know this one, 2 old guys that shouldn't have been playing at that age. Two future Hall of Famers if you think Delgado is worthy. These AL and NL stars sure have a lot in common to be sharing the same card! 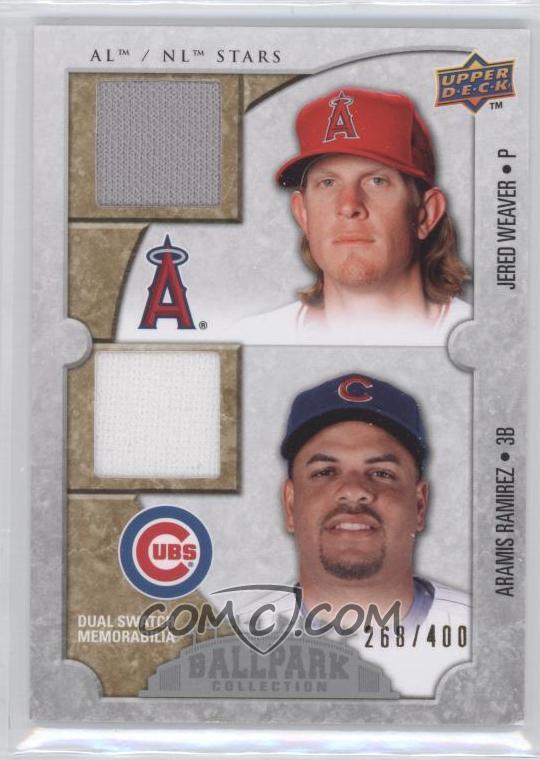 Yeah, I'm just as clueless as you are.

For the sake of shortening the post, I'll move to the quads. Please know that I can find 15-20 other dual jersey cards that have no meaning to exist. I mean, if they are on the same card or are stars at the same position, or have comparable statistics, go ahead! But a pitcher from the AL and a hitter from the NL? Huh?

Ok, so we have a Pirates pitcher displayed in the wrong uniform, an Indians pitcher, a Braves second baseman, and a Yankees middle reliever! What the heck is up with this set? What is Upper Deck smoking? 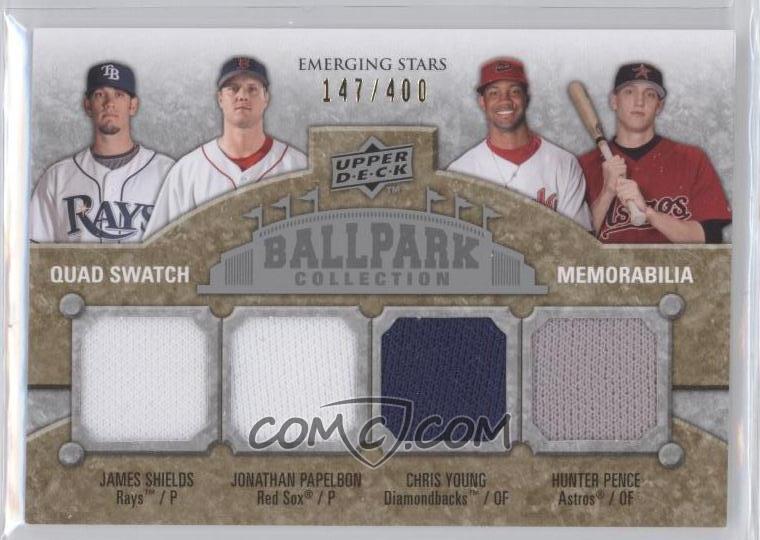 Oh this one makes lots of sense. A Rays starting pitcher, Red Sox closer, Diamondbacks outfielder, and an Astros outfielder! How can you be excited about these cards? 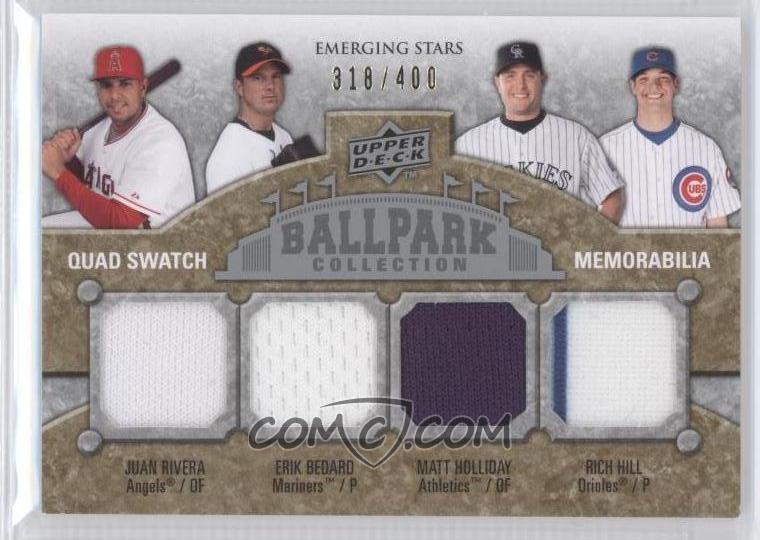 Angels outfielder, Mariners pitcher in the wrong uniform, Athletics outfielder, and an Orioles pitcher. Just because you are Upper Deck and you have sucked collectors into collecting every product of yours does not mean you can put these awful groups of players on the same cards!

Again for the sake of space, we'll see Exhibit C, the 6 swatch cards. 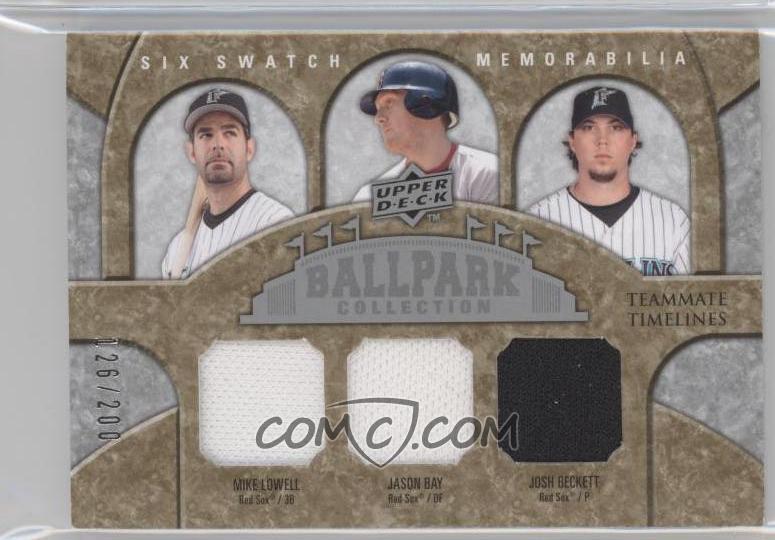 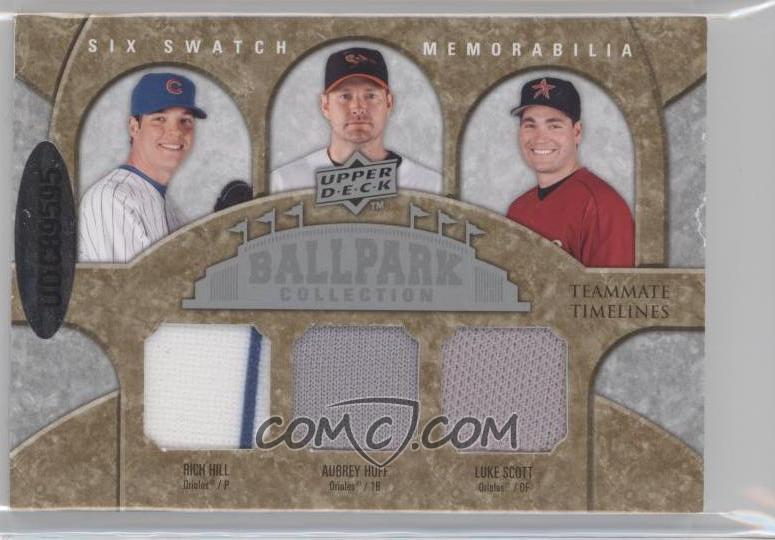 Way to poorly execute a good idea. This is one card. 3 swatches on one side, 3 swatches on the other side. We have Mike Lowell and Josh Beckett displayed in Marlins uniforms for some odd reason, Jason Bay in a Red Sox uniform, Rich Hill (again), Aubrey Huff, and Luke Scott. I've given up on further comments, this is sad.

I'm sure your eyes are all burning up enough, so I'll stop there. I can't see how the demand of these cards can possibly be high! Sure, there are some gorgeous cards, like the quad jersey of Yogi Berra, Derek Jeter, Jorge Posada, and Robinson Cano that I own, one of my favorite cards in my collection. But, for all you that are wondering, THIS IS WHY THEY LOST THEIR LICENSE!!! Putting 6 random players on a card has no meaning, no value in my mind, and no fun.

I normally like to have a positive attitude about my hobby, but this is just something that's gone too far. I opened a tin of 2007 Upper Deck Sweet Spot Classic baseball for my birthday on July 24th, if you may remember. I pulled 2 base, 2 plain jerseys, and an expired redemption of a Harold Baines autograph. I emailed Upper Deck a few days later. They forgot about me, and I emailed them again in early October. They responded telling me to wait 8-12 MORE WEEKS! Their Customer Service is terrible, and their quality isn't much better. I sure miss the mass amount of products per year, but I don't miss things like this.