For a while, I didn't know how much I was into using Instagram for hobby related purposes. I didn't know how much I'd be able to trust users and besides, I hadn't done much trading in a considerably long time. I finally decided to give it a shot, and the longer I've had my new separate account (@drewshotcorner), I realized that a lot of my cards do indeed have a price tag and are not untouchable. Several trades later, I have to say I'm hooked. No offense to you guys, but the trading and selling is much more active there than it is on these sites from everything I've seen.

First, I made a trade with user @csgraphs a few weeks ago. I dealt a few autographs I didn't have any connection to for these two beauties:

Arenado is one of the top five all around position players in the game in my eyes, along with Trout, Harper, Machado, and Goldschmidt. He can do no wrong. This patch card I acquired more than likely will end up in Frankie's hands eventually, but for now I'm going to enjoy the dirt splattered relic chunks.

Meanwhile, it hasn't been the brightest start to Justin Upton's Tigers tenure. He is beginning to come on, which is encouraging and should have been expected. He is an example of an overhyped prospect that has come into his own over time. He was hyped to be much greater than he's been, but at least he's still an above average outfielder. I love Topps Five Star, and will struggle to unload this card because of how gorgeous his autograph looks.

Next, I worked out a trade with @cluelesscards that I didn't think I would end up doing, but lucked out with. He wanted one of my low end Troy Tulowitzki autographs, and I preferred to move the card only for a different autograph or relic. He then presented me with an alternative approach to the deal, as he had quite a few cards I needed of many of my PC guys. 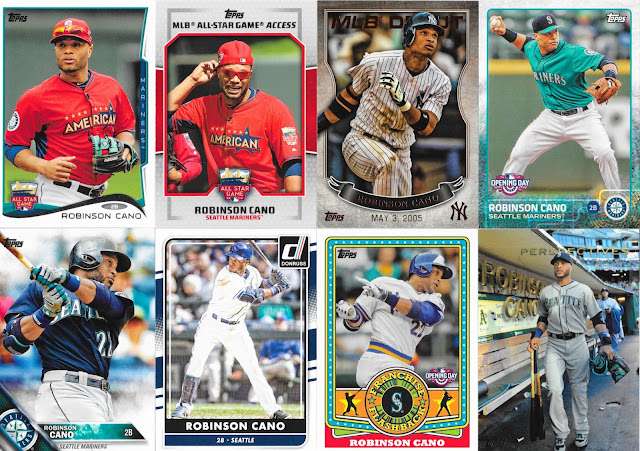 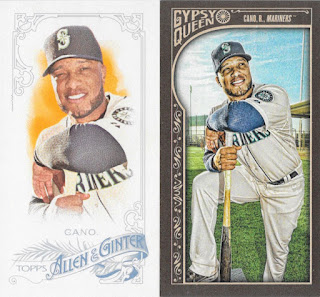 Robinson Cano was the big winner once again, as I was able to add 10 new cards of his alone to my PC box. I'm starting to soften on his transition from New York to Seattle, and really have no issue with continuing to collect his stuff here and there. I think a lot of that has to do with the Yankees now having a major league caliber player at second base again in Starlin Castro; no longer having to deal with the black hole that was old Brian Roberts and Stephen Drew. 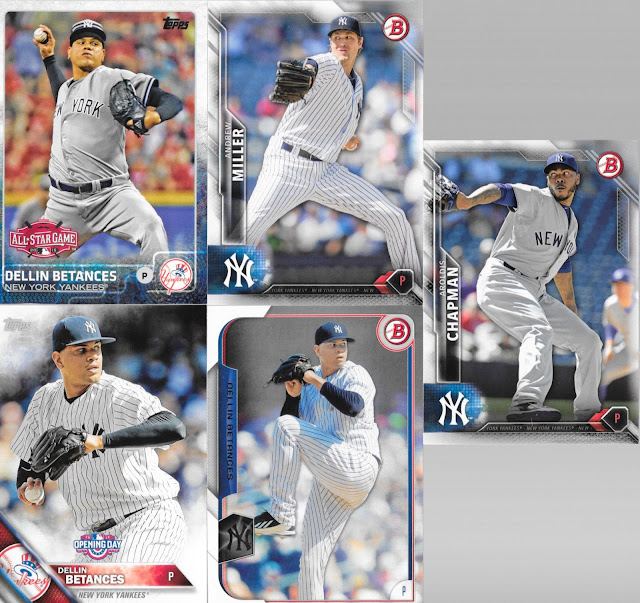 This trade also included my first Aroldis Chapman Yankees card. I've been pretty impressed with Chapman, but I must admit it's hard watching him pitch for such a non-competitive team. If he isn't moved by the trade deadline, I won't have much faith left in the organization. He has too much value to be left wasting away in this bullpen. Side note: how awful were those 2015 All Star Game hats? 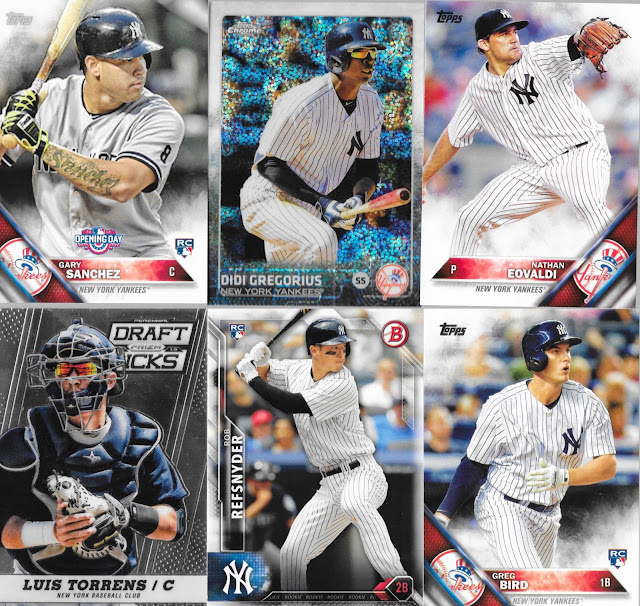 Believe it or not, the Yankees boast a stronger young core than they've had in quite some time. Refsnyder has had some nice moments, Bird exceeded expectations last September, and Didi Gregorius may just be their second best hitter right now after the red hot Carlos Beltran. The Opening Day rookie card of Gary Sanchez is a total flop though. I don't think you can tell from the scan, but the photo is so pixelated. It looks like a custom card done horribly wrong. Sorry, Topps. 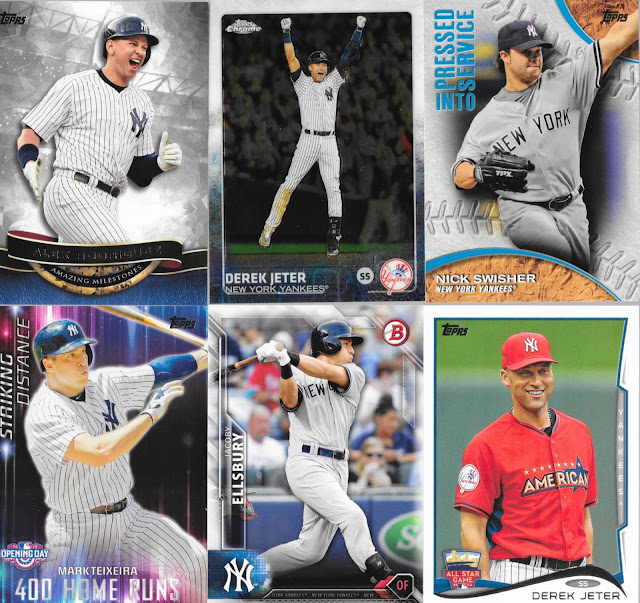 Because there is a Nick Swisher card included here, I guess this is the proper time to address that I have sold my 150+ card collection of his to Chris Olds, formerly of Beckett Baseball. He is a Swisher super collector, and as much as I enjoyed his stint in pinstripes it was all taking up too much space in my personal collection box. I might add a few of the cards back in time, because now I have just a few left, but I felt like it was the right thing to do and I did it. 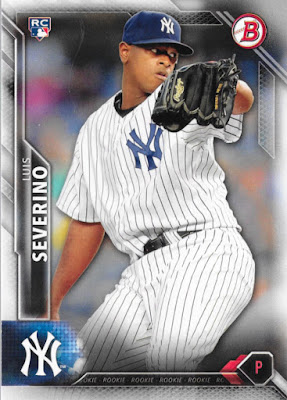 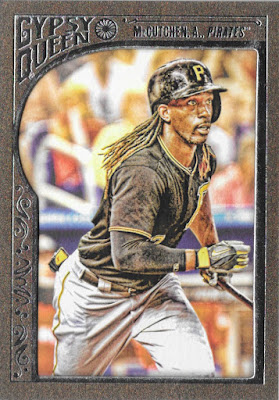 I really like this Gypsy Queen framed parallel of Andrew McCutchen. Cutch is off to the worst start of his magnificent career, and may be considered the worst of the Pirates super talented outfield. I would never count him out though. He is no longer one of my major PC focuses, but I wouldn't pass up his cards if I were offered them. This one will be staying with me.

This was a good trade for me, despite losing an autograph from my autograph count (which is declining substantially since I first posted about it).

The final trade I'll be showcasing in this post was with @cbbaseballcards. I gave up my Anthony Rizzo Tribute auto in exchange for these two Yankees autographs. Rizzo is one of my favorite players right now, but I want to find a card I like more than the one I had. 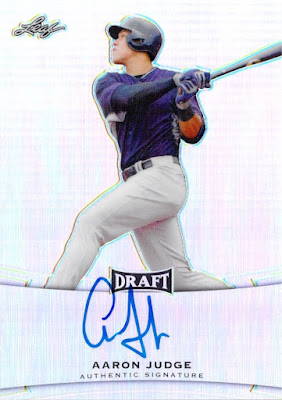 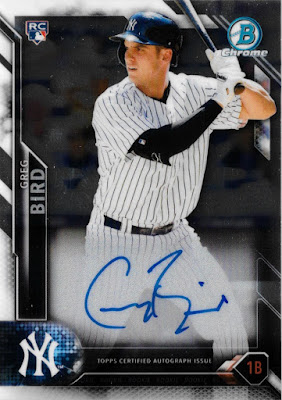 Aaron Judge and Greg Bird could work out in several ways. One could pan out, one might not. Perhaps both will fly to superstardom and bat 3-4 in the Yankees order for years to come. Or both of these cards will one day be found in the dollar bin. Autograph collecting is such a gamble, and I think that is part of why it is so addicting for collectors like myself. Judge has been on a tear lately in AAA, and I hope the Yankees give him a fair chance in the majors this season after they trade Carlos Beltran for more quality prospects (which again, as much as I like Carlos; needs to happen for the good of the future).

This is just the beginning of my summer collection overhaul. I just got a new job that pays pretty well, and while most of the money I make will be allotted to recovering my abysmal bank account post-study abroad, I will have some money to put towards this hobby too. I already have a few ideas up my sleeve.
Posted by Drew at 1:58 PM