While I was gallivanting throughout Europe, I really didn't put in the time or effort to keep up with the hobby. The best part about collecting is that you're not on a set schedule; you can come back to it whenever you feel like it! I think a majority of us collectors are too passionate to ever quit this hobby altogether as long as we are financially stable enough to carry on.

Sure enough, when I landed home I quickly rushed back to my collection and have been more active with trading and selling than I have been in several years. And the first deal I made was with my good friend Andrew, of Everyday Holliday fame. Andrew ended up with something I really wanted, but couldn't commit to trading for until I got home. And now, after a little wheeling and dealing, it is in my possession. 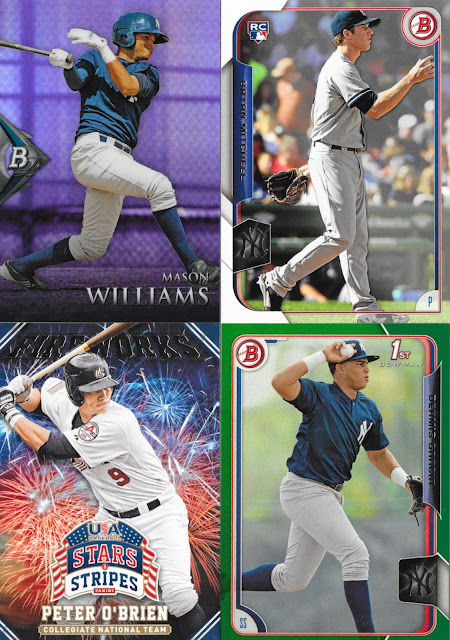 But first, no trade with Andrew seems to come without some extras. The Stars & Stripes Peter O'Brien feels really appropriate with the Fourth of July right around the corner. The Bowman green parallel of Dermis Garcia is numbered to 99, which was a pleasant surprise too. 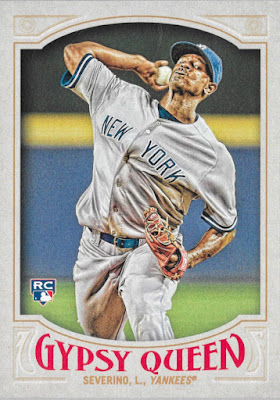 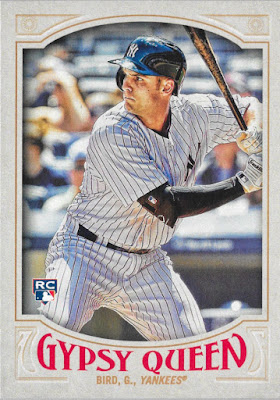 Here are two of the Yankees most heralded young stars, both of whom you know I am big fans of. Both Severino and Bird have been anointed as potential saviors of the team's youth movement, though if this is true, fans will likely have to wait until the end of the 2016 season at the earliest to see them become factors in their quest for a 28th World Series title. 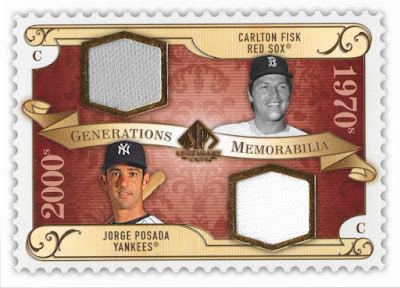 I really didn't expect this as a bonus card. Legendary Cuts used to provide collectors with some of the best relics in the business, and this is no exception. Jorge Posada never quite was up to par with the Red Sox great Fisk, but he more than held his own.

Behold, the card(s) at the center of the deal; a 2015 Topps Supreme Scope tri-fold patch autograph of Robinson Cano numbered 6 of 10! Andrew got a really good deal on this card, and we were able to negotiate something fair for both sides that I have zero regrets over. Cano has returned to MVP caliber form in 2016 for the first time in a Mariners uniform, leading the team in all three major offensive categories. Despite leaving New York, I am still collecting the future Hall of Famer, though to a lesser extent than I did when he wore pinstripes.

This is my first tri-fold style card, and I have to say it's an interesting way to design a card. Topps seems to really enjoy its new laser engraving technology, but I think this is a case where the experimentation pays off. I have no idea how I'm going to display the card, because I believe it would need some sort of custom framing job. One of these days, I'll find a way to make it happen.

Andrew, thank you so much as always. You're a heck of a good guy, and I look forward to our next deal! If you don't know of Everyday Holliday, please go give it a look. I promise you won't be disappointed if you're as passionate a collector as Andrew or myself!
Posted by Drew at 3:21 PM