Mail from It's Like Having My Own Card Shop!

Hey everyone, so much for a grand start to the year. With all of this constant planning for my European adventure about to set sail in less than 2 weeks, I haven't had much time to blog. Thankfully, my buddy Daniel of It's Like Having My Own Card Shop randomly asked for my address and sent along a whole lot of Yankees cards I've never seen. Daniel is one of the mainstays our blogosphere has enjoyed the company of for several years, and has fantastic Diamondbacks collections.

I absolutely love the occasional care package, especially when I get to pick through dime box quality inserts and parallels. Daniel gave me that chance, but I didn't even have to choose between cards or get my wallet out! 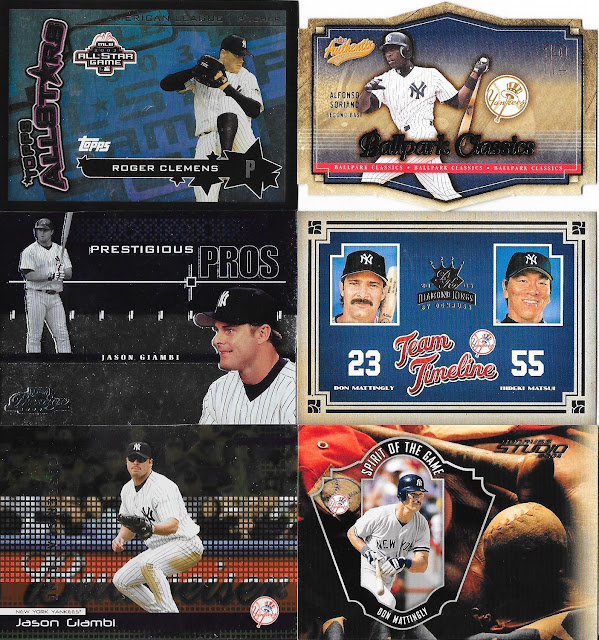 There appears to be a difference between the material released today versus ten years ago. It seems like there are a never ending influx of insert cards that came out in the early to mid 2000's that I've never seen. I wasn't much of a collector until 2005, when I first got into baseball. So being able to add various inserts of the Yankees I grew up watching as a kid that I've never seen is always enjoyable. 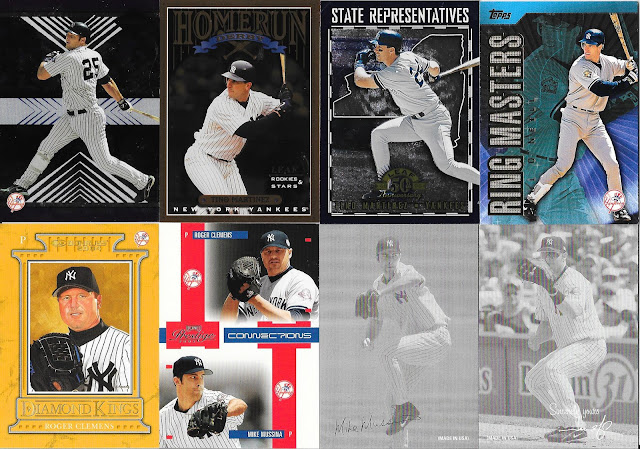 Many of the cards Daniel sent over were short printed. My favorite obscure parallels were the 2003 Donruss Black and White Exhibit cards of Mike Mussina and Jason Giambi. The Mussina is numbered 30/63 copies, whereas the Giambi is 14 of only 46 in existence. They're unique cards of two players I got to know really well over the years. Here's to hoping Moose makes it into the Hall of Fame one day. 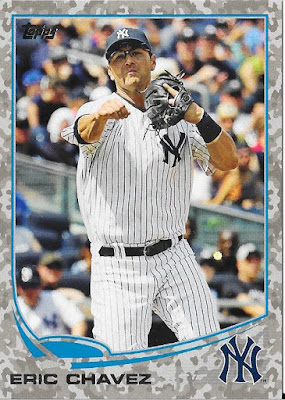 The final card I wished to highlight from Daniel's care package was this awesome Eric Chavez 2013 Topps camo parallel numbered 61 of 99. 2013 was the first year Topps brought camo parallels to their flagship baseball sets. In 2014, they did something very similar, and in 2015 went with the "Snow Camo" look. This is my first of any of the three, and I really like it! Granted, Chavez won't be known for his Yankee years, but he did have a few noteworthy moments in pinstripes.

Thank you so much Daniel for a really fun package! I'm going to do my best to return the favor before I leave!
Posted by Drew at 8:22 PM