Relics don't really have the same appeal they once did to me. There have been so many controversies in regards to where the "game used material" comes from to the point where I'm generally driven away from buying them. I'm even at the point where I'd rather add a colorful parallel of a player I collect over having a piece of their bathroom towel or socks or whatever Topps and Panini are using.

One of the best relic sets every year to me is the All Star cards in Topps' annual Update Series. I like some diversity in my player collections, and typically most of the jersey swatches placed on their cards look pretty similar. But the All Star ones can be bright and on the complete opposite end of the color spectrum from what they typically don throughout the course of the regular season. I recently added two cards of this nature, the first on Check Out My Collectibles and the second from eBay.

I've had a few of these cards on my want list ever since they came out in 2013. I was lucky enough to attend that year's Home Run Derby and watch my favorite sluggers duke it out in Citi Field. Prince Fielder was a favorite to win, and was one of my favorite players at the time (still very much up there). He didn't make it as far into the competition as we hoped, but the power display Yoenis Cespedes provided Queens that night was enough to make up for it. It's pretty cool in retrospect to think that just two years later Cespedes helped lead the Mets to the World Series.

I highly doubt this was the jersey Fielder wore during the Derby, but it's close as it's going to get for me. That was one of the best days of my life, and I'm glad I have another token to remember it by. This cost me maybe $2.

It's hard to believe that a player can make such a quiet splash into the league. Joe Panik helped lead the Giants to an unforgettable World Series victory in his rookie year, and followed up by making the All Star team the next season. I hope this is the first of many for Joe, and I wouldn't be surprised if it was. I talk him up a great deal because we rarely get major league quality talent in my neck of the woods, but he really is evolving into one of the best second basemen in the National League. If he can put together a full, healthy season, I feel like he can bring in some hardware.

Most fans don't get much out of the All Star Game, and I understand why. The game means too much for the World Series but usually isn't as thrilling as the stakes would entail. On top of it all, interleague play is so common that it's not as exciting to see these players face off. I still enjoy seeing the players I've admired for years honored annually, and I hope that feeling stays with me for a while. 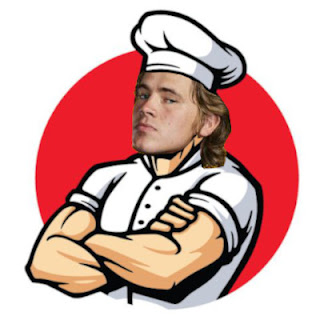