Strong Start to the Spring!

Hey guys, Drew back here! Although my Spring Training TTM report kicked off with 2 Red Sox failures, they didn't affect my luck as I received three great successes over the past week. Here's a look at how I've fared thus far. 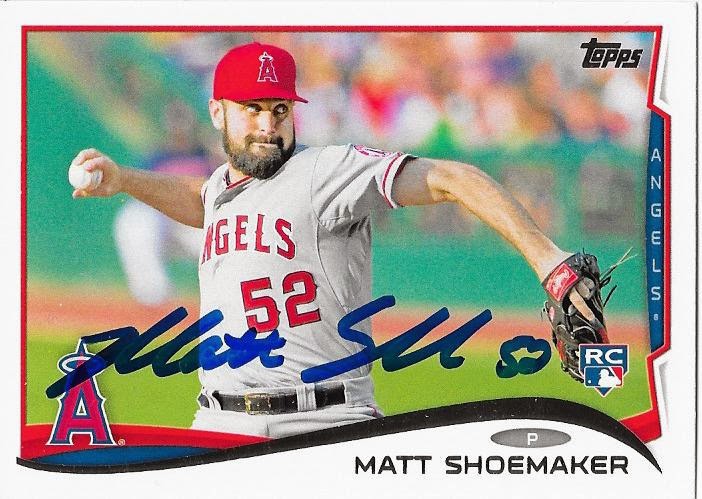 We begin with 2014 AL Rookie of the Year runner-up Matt Shoemaker, who has seemed to fly under the radar this year even after a fantastic rookie campaign. He started 20 games for the Halos, compiling a 16-4 record with a 3.04 ERA. If it weren't for Jose Abreu's dominant rookie season, he could be viewed in an even higher regard and would regain the attention he probably deserves. Shoemaker should play an important role for an Angels team that is still trying to find an identity and could contend for the World Series next year. He signed a 2014 Topps Rookie Card for my collection, and it came out much nicer than I could have expected! 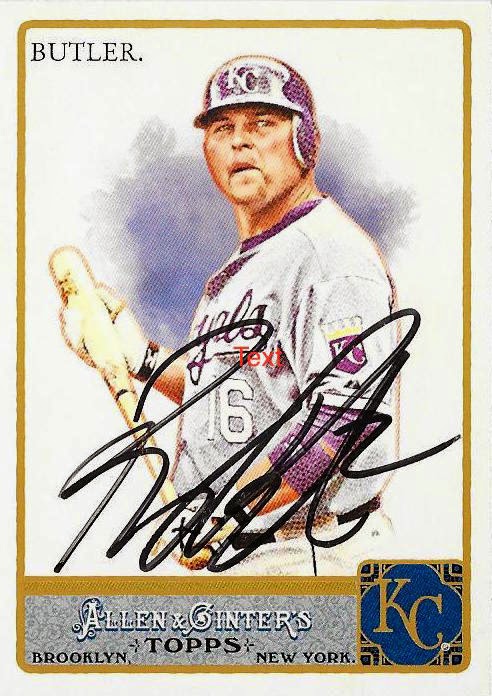 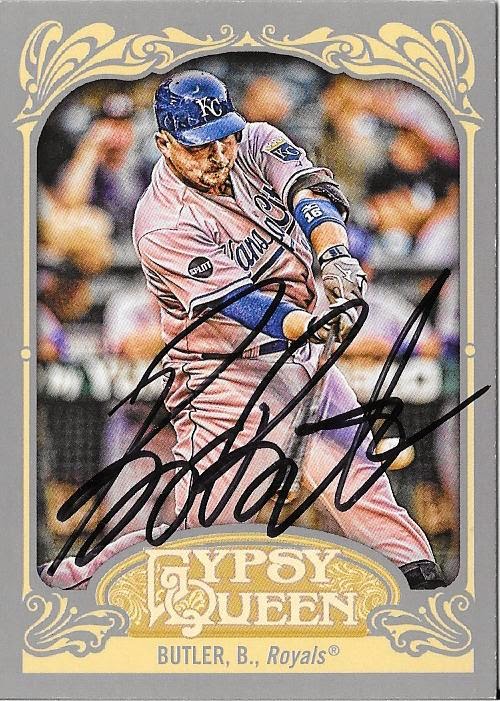 Butler has been on my want list autograph-wise for quite a while, so this was a pleasant surprise in my mailbox a few days ago. It's weird thinking about him playing for any team other than the Royals, where he's spent all 8 of his prior seasons. Billy Beane signed Butler to a 3 year, $30 million deal to join the Oakland A's for next season, and I think it was a good deal for the most part. Oakland did some strange things this offseason, and while Butler doesn't offer much defensively, he is still one of the better contact hitters in the game today. There is no doubt that his veteran impact was key for the Royals reaching the World Series last year, even though it was a down season for the big righty. He signed a 2011 Allen & Ginter and 2012 Gypsy Queen in black sharpie, and although he has a sloppy autgoraph I actually really like how they look. 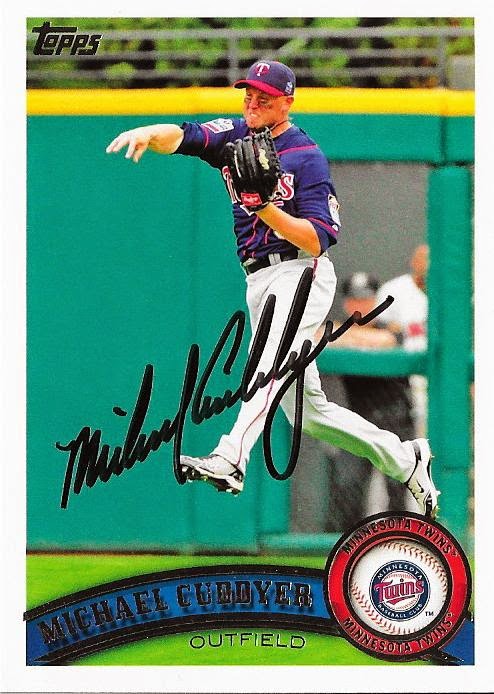 I've always wanted Butler's signature because of his impact as a player, but I've always wanted Michael Cuddyer's for his signature alone. Seriously, look at that beautiful penmanship? The late Harmon Killebrew taught Cuddyer to sign neatly for the fans at a signing session early on in his career, and it paid off without question. I was thinking about trying to rank the best signatures in baseball, but I ended up deciding it wouldn't even be worth it because nobody beats his autograph. On the playing field, he has been a very good player for a long time between his time with the Twins and Rockies. He won a batting title in 2013 in Colorado, and now brings his hitting expertise to Queens to hopefully help lead the Mets into the postseason discussion. I'll always remember seeing Cuddyer crush balls into the seats at Citi Field for the Home Run Derby I attended in 2013, finishing 3rd overall in the competition. Maybe that success in the Big Apple will translate in 2015! 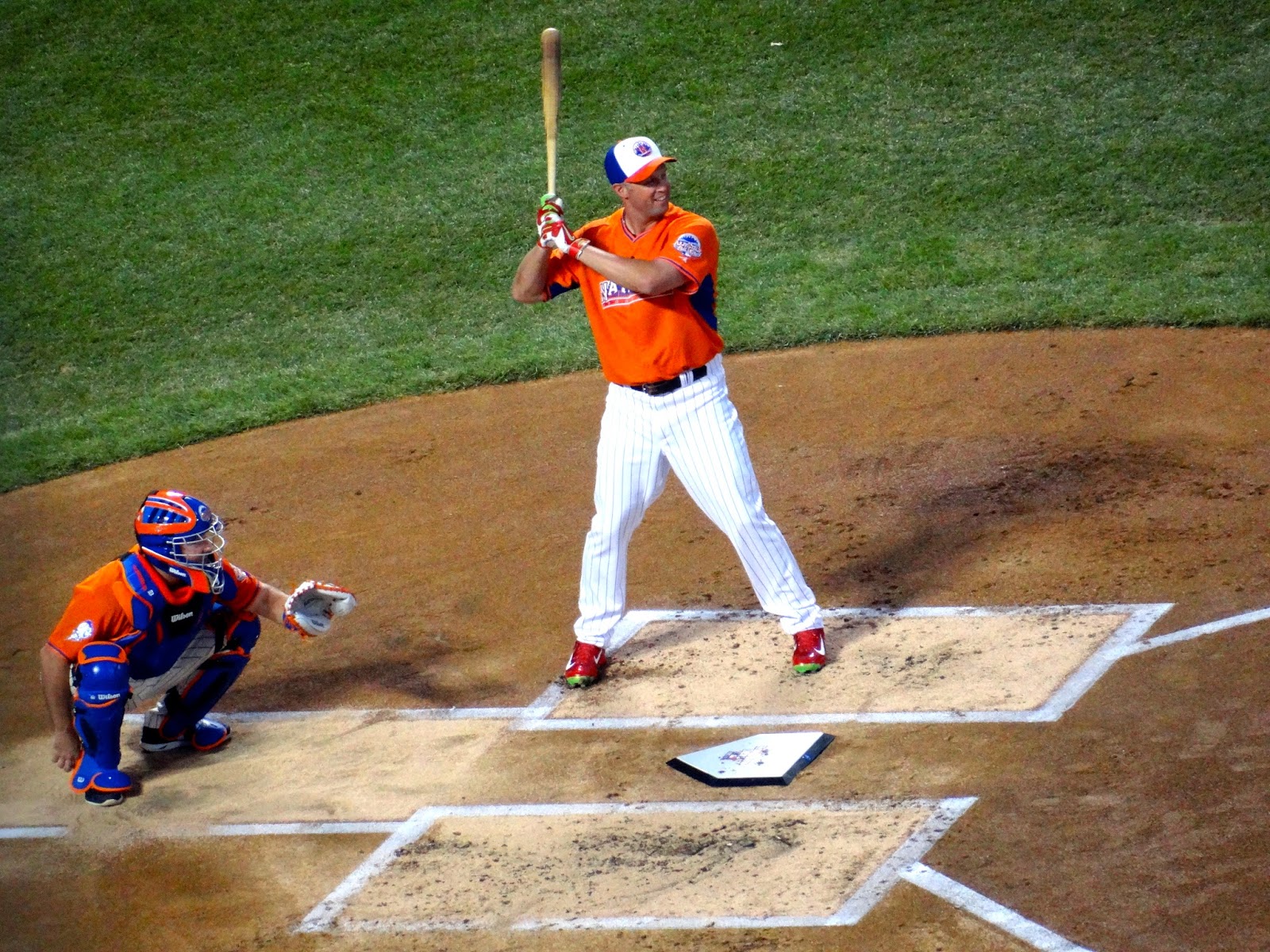 Thanks to all 3 of these great players for signing; all the best this season! See Ya!
Posted by Drew at 2:00 PM