Hey guys, Drew back here! If any of you readers are interested in my last two lots, the Cleveland Indians and Kansas City Royals, please comment and email me your address (yanks1996wsc@gmail.com). I recently received a package in the mail courtesy of Julie from A Cracked Bat! I sent Julie some Tigers cards in the #FreeStuff giveaway, and I was surprised to get a package back out of the blue in exchange! 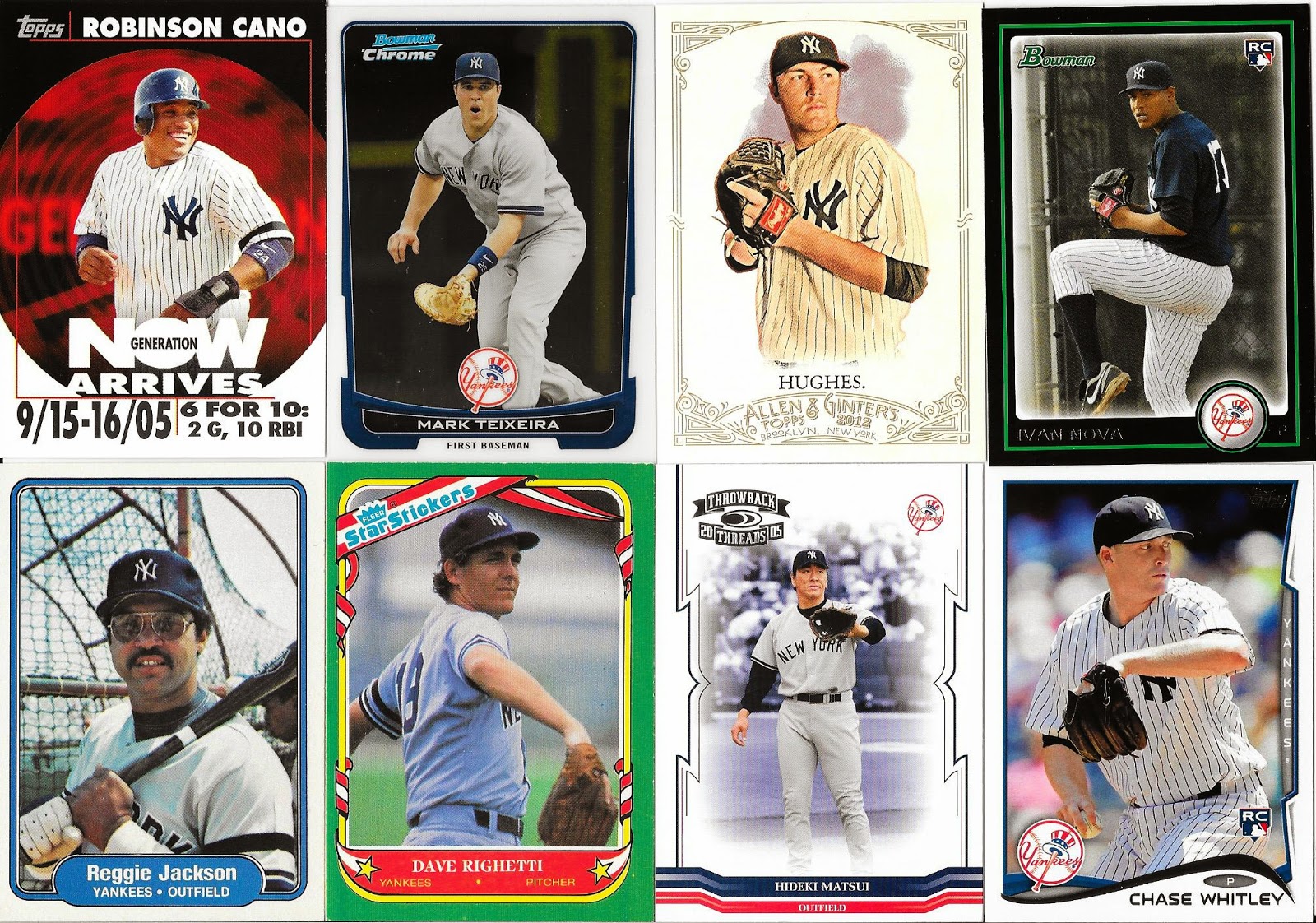 Julie attacked a lot of my player and team collection needs, and she did a fantastic job! I surprisingly ended up needing a majority of the cards, which amazes me considering how many Yankees cards I've been able to accumulate over the years. I had never even seen the Cano Generation Now Arrives insert from 2007 Topps until this package came along, so I really appreciate that one in particular. 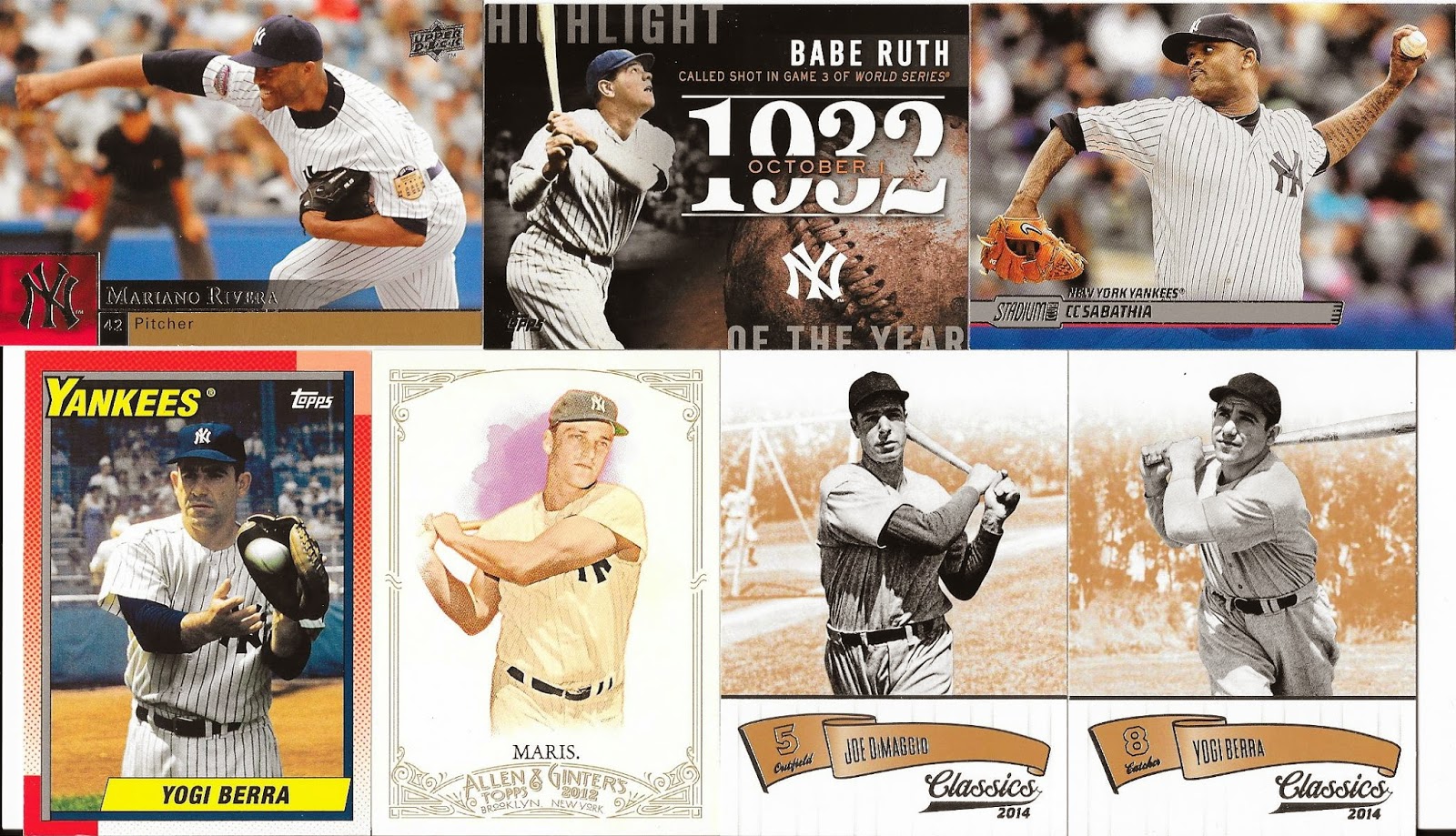 I needed every one of the cards in the above scan, and many of these players are some of my all time favorites! I love the way Yogi looks out of place in that 1990 Topps design. Those 2014 Stadium Club cards are super nice too; I could almost read CC's forearm tattoo due to how clear the image is. 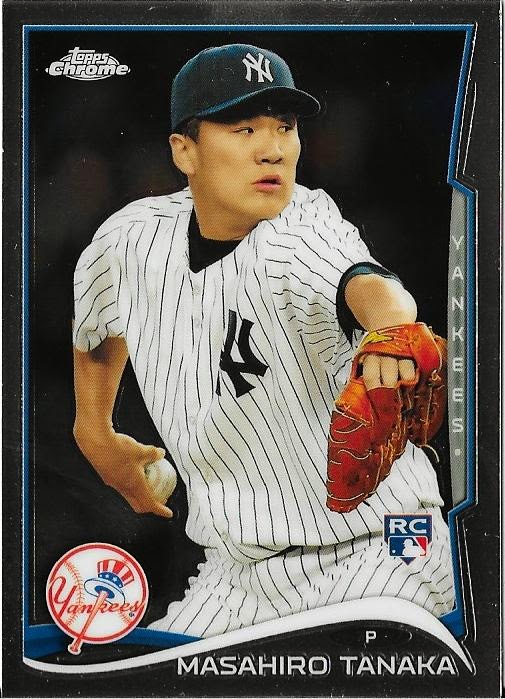 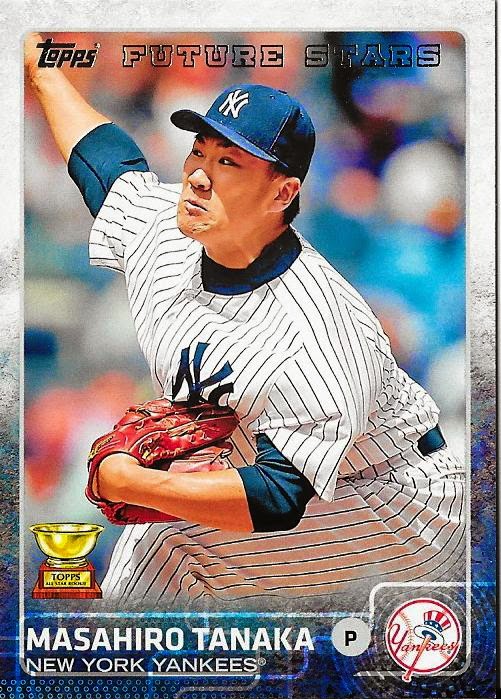 Julie finished off the lot with two sweet Tanaka's; the first being his 2014 Topps Chrome rookie card and the second his 2015 Topps "Future Stars" base card. I really don't like the way they did the Future Stars logo this year, but the picture makes up for it. I'm hoping for the best for Masahiro next year, but wouldn't be surprised if things don't work out as well as the Yankees would like.

Thank you so much for the package Julie; you really didn't have to do all this! If you haven't given A Cracked Bat a look, here's a link.