Hey guys, Drew back here! Although I'm at school at the moment, I made sure to send a bunch of through the mail requests out to come home to on breaks! My dad has been face timing me whenever I get letters back in the mail and opens them for me, and so far I've gotten a few really nice successes! Here are the first two of the three I've gotten back so far! 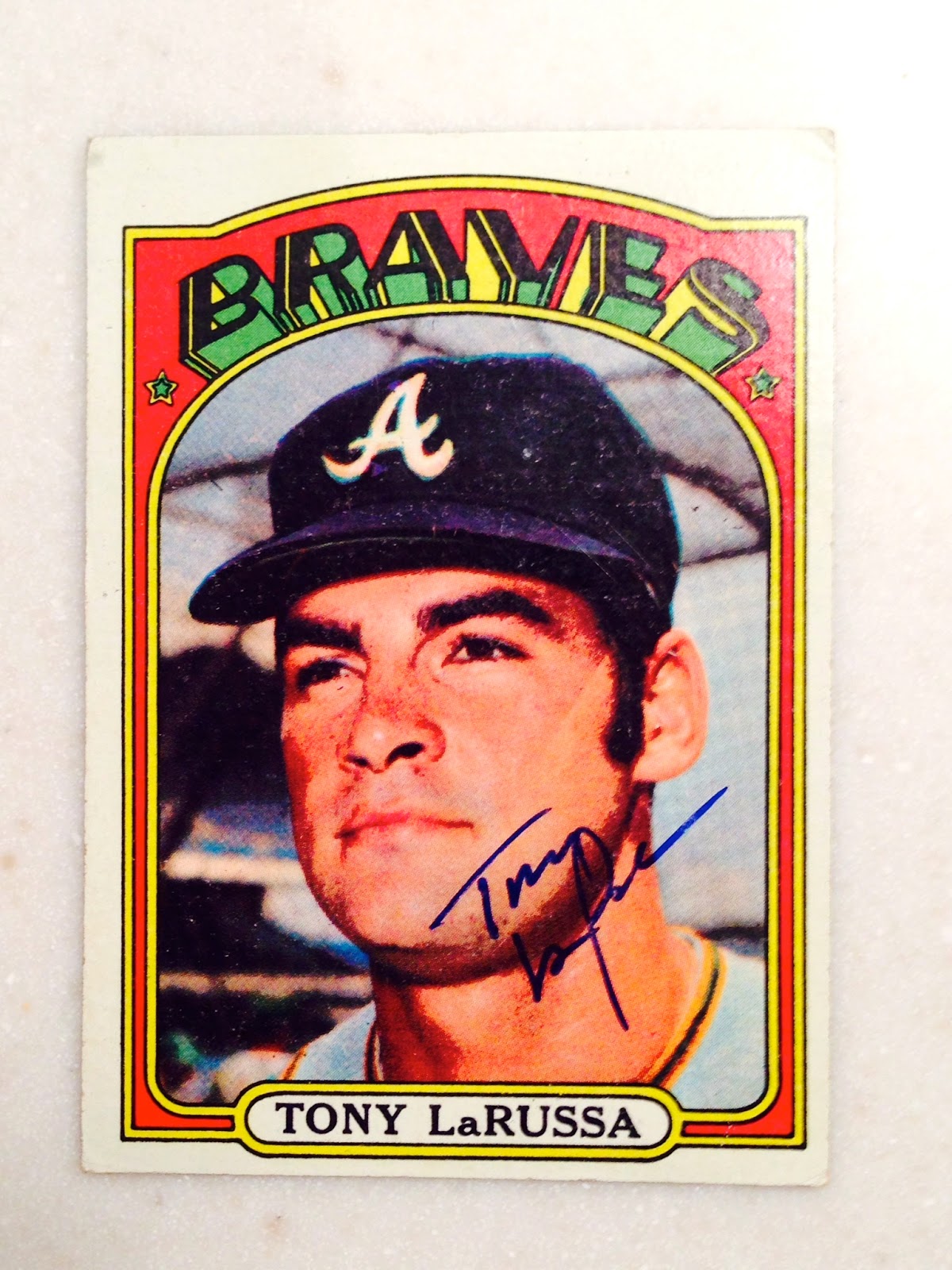 We start off with newly inducted Hall of Fame and legendary manager Tony La Russa! I wish I had more time before I left to find a second card of La Russa depicted as a manager to also have signed, but I guess I'll have to give him a second try down the road. That doesn't take anything away from how beautiful this 1972 Topps came out, but obviously La Russa wasn't known for his playing ability. It's a great shot of young Tony, before each and every one of his 2728 career managerial wins! He's clearly missing some gray hair and wrinkles, but those certainly worked their way into the equation after the stress of managing for as long as he did. I've always had a ton of respect for Mr. La Russa, and I'm really happy to add his small, but powerful autograph to my growing collection! Larry Bowa was a better player than Tony La Russa, but his managerial record isn't half of what La Russa gave baseball. However, I've been a fan of Bowa's ever since he became a part of the Yankees coaching staff in 2006 (around the time I began to follow baseball). I also really enjoy his work currently on the MLB Network! He signed 3 cards for me, out of 1971, 1972, and 1976 Topps; my personal favorite being the '76!

All in all, two really nice gifts from home that have helped make this transition a little better! Thank you Mr. La Russa and Mr. Bowa for the beautiful autographs! Have a great night everyone, and See Ya!
Posted by Drew at 5:41 PM