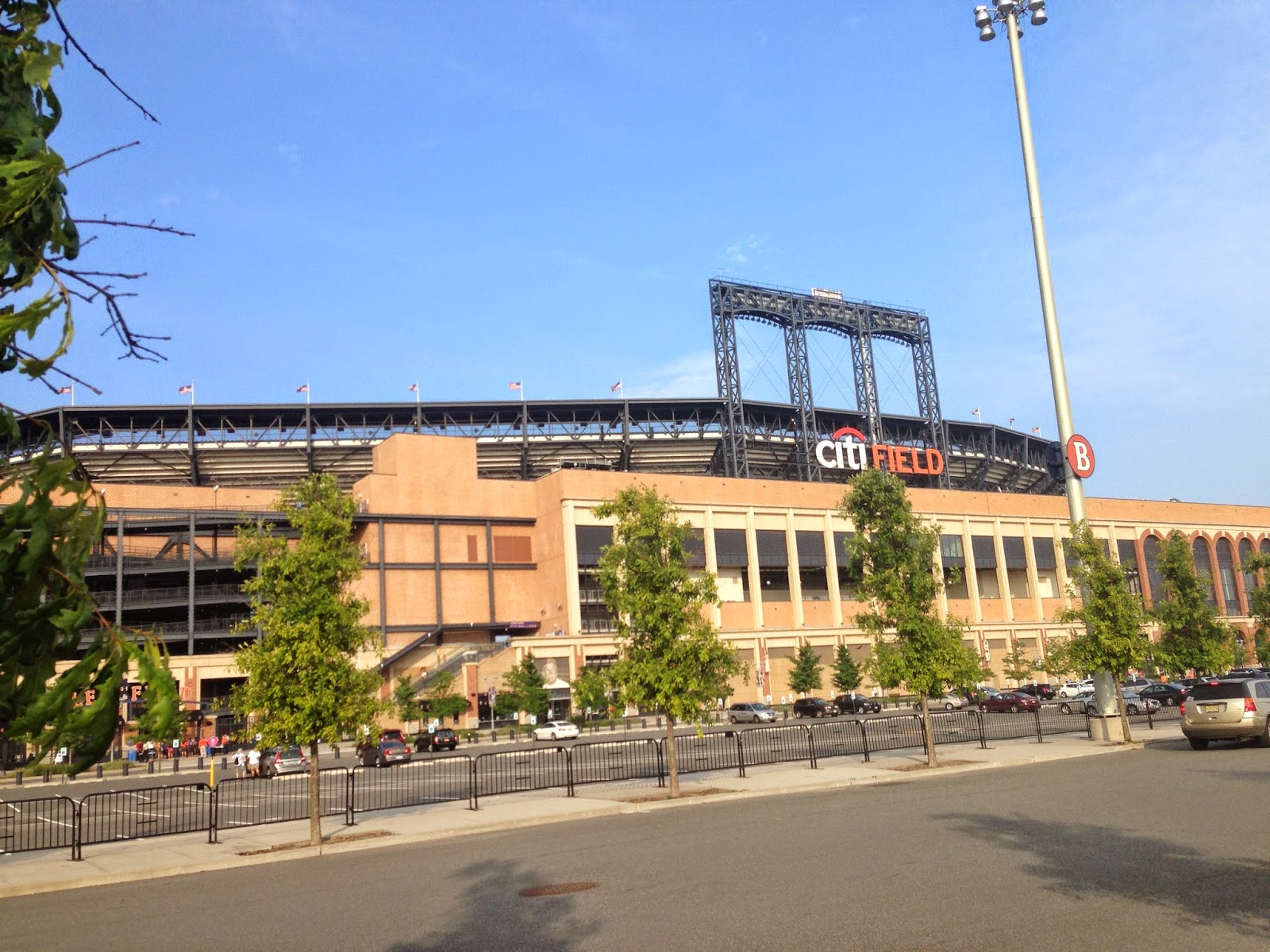 Hey everyone, Drew back here! Last night I decided to join my friend Matt and his family at Citi Field to take on a Mets game! I went to Citi Field for the first time last summer for the Home Run Derby, and I thought the ballpark was gorgeous! Although it wasn't quite Yankee Stadium (maybe biased... definitely biased), it definitely left me impressed. I had to go back to take in an actual game, and we drove this time, which saved us from having to take the subway and train (which didn't go very well last year if you don't recall).

The Mets took on the Braves, and the odds were clearly in the Braves favor although the Mets had won 4 in a row prior to the game. Newly named All Star Julio Teheran started for the Braves, but the Mets got to him early and he didn't end up lasting very long. I like Teheran, but it was nice to see him suffer a little after I made the mistake of trading him away from my fantasy team after not fully buying into his amazing start to the season (I traded Rendon & Teheran for Matt Carpenter and Doug Fister..). 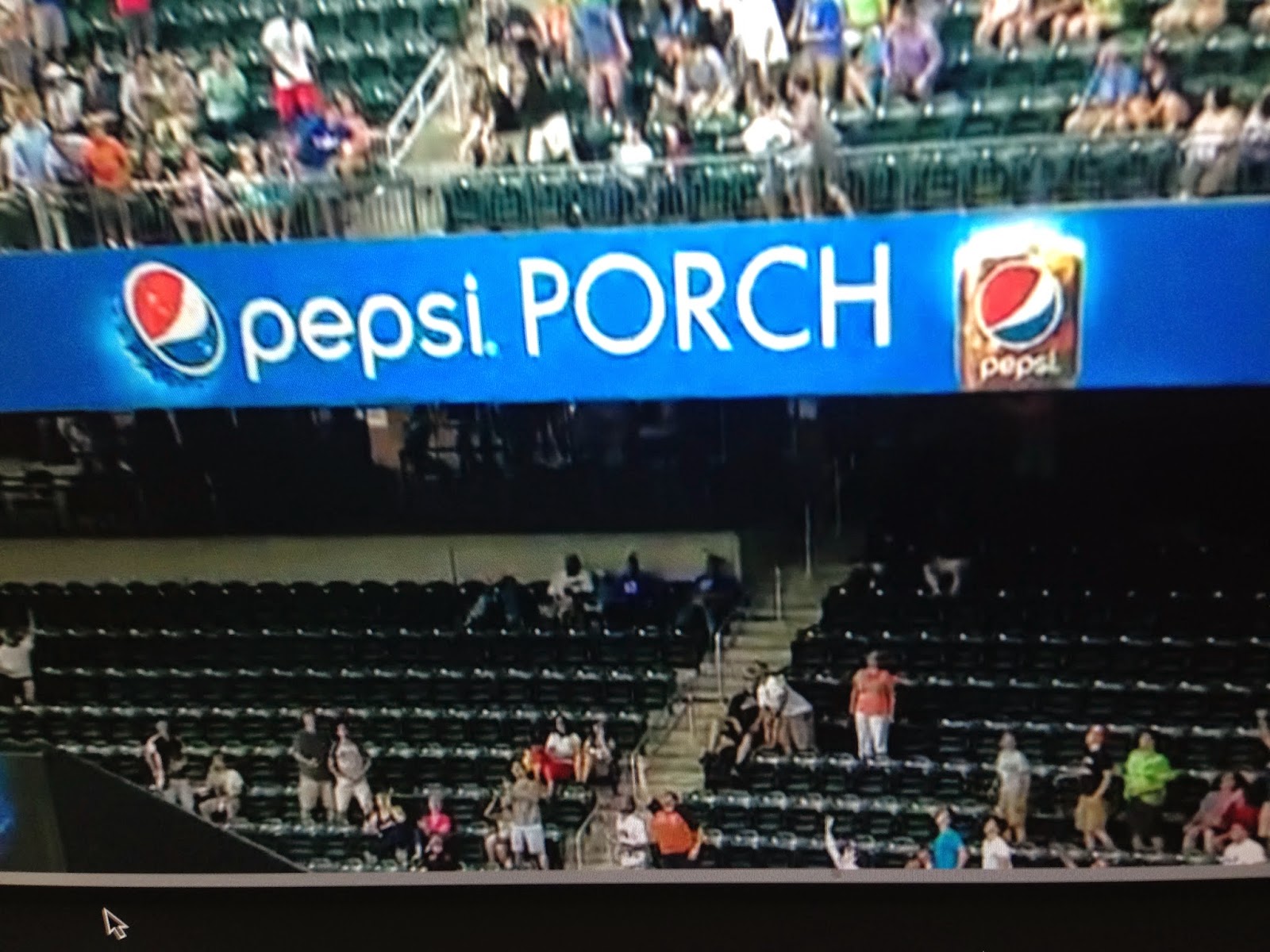 Curtis Granderson took Teheran deep to lead off the game for the Mets, which was ironic given my hatred for Grandy as a player. I always loved his personality and work ethic when he was with the Yankees, but I couldn't stand the amount of strike outs and low batting average. If you look in the bottom right corner of the picture above you can see me to the left of the kid in the green shirt (my friend Matt)! Granderson towered one into the second deck, and the offense didn't stop from there.

Daniel Murphy, David Wright, and Lucas Duda all stood out the most to me, but each offensive player (not including the pitcher) had at least 1 hit (hitters #1-7 all had 2 or more hits)! On top of that, young stud Jacob deGrom pitched 7 scoreless innings; striking out 11 in a dominant performance. And to top it off, Eric Young Jr, David Wright, and Daniel Murphy all made phenomenal plays i the field! The Mets took a 7-0 lead, but the bullpen made it interesting in the end, and the final wound up being 8-3. The current Braves never really impressed me, but they were especially atrocious yesterday. 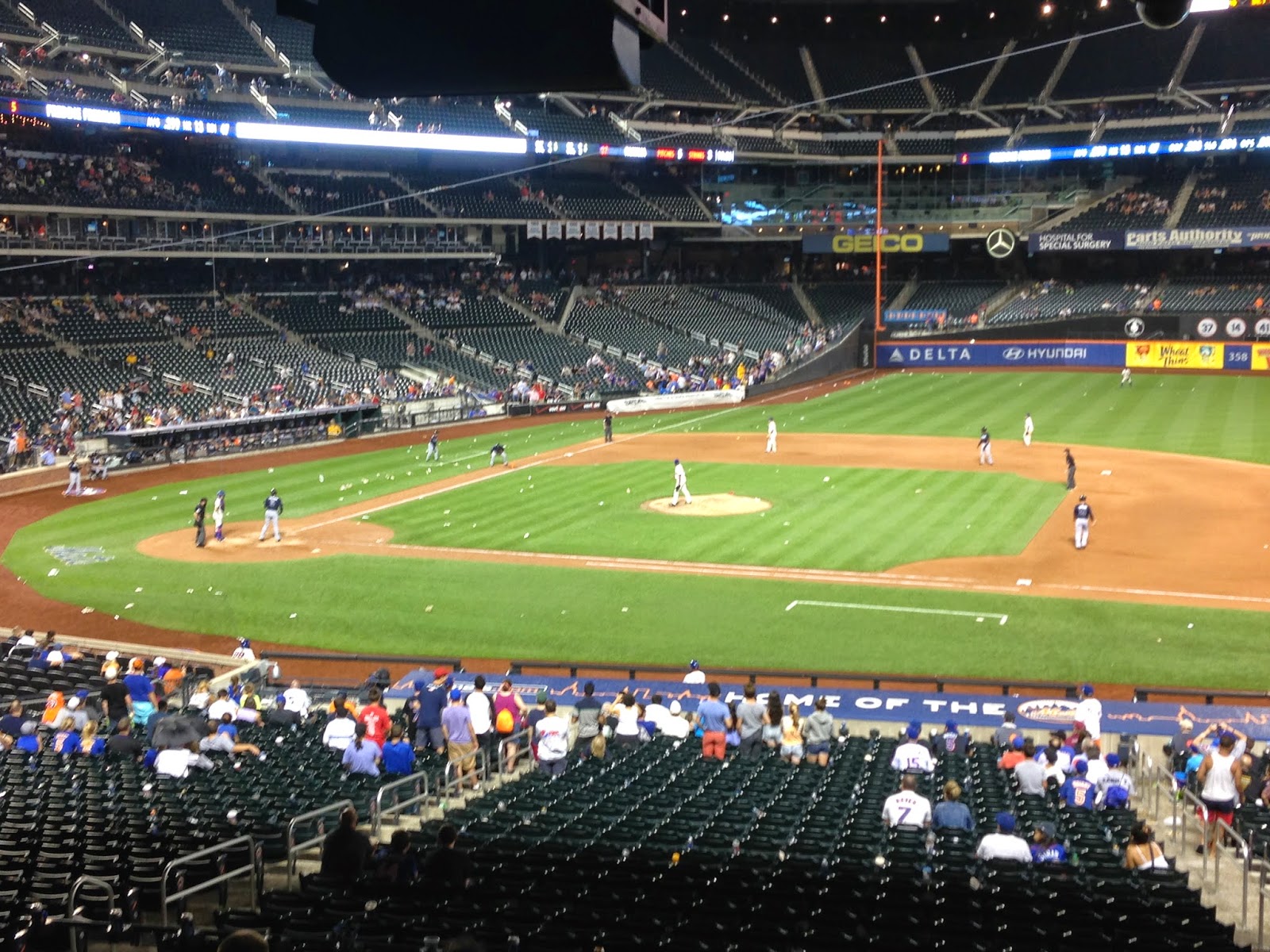 In the 9th inning, it started to heavily rain, and the Braves were starting to put some guys on base. The wind also picked up, which caused garbage to fly all over the field. I get the feeling that people ended up throwing more on the field, because if you can see in the picture above; there was a ton of garbage on the field. Nothing more symbolic for the Mets organization than that! 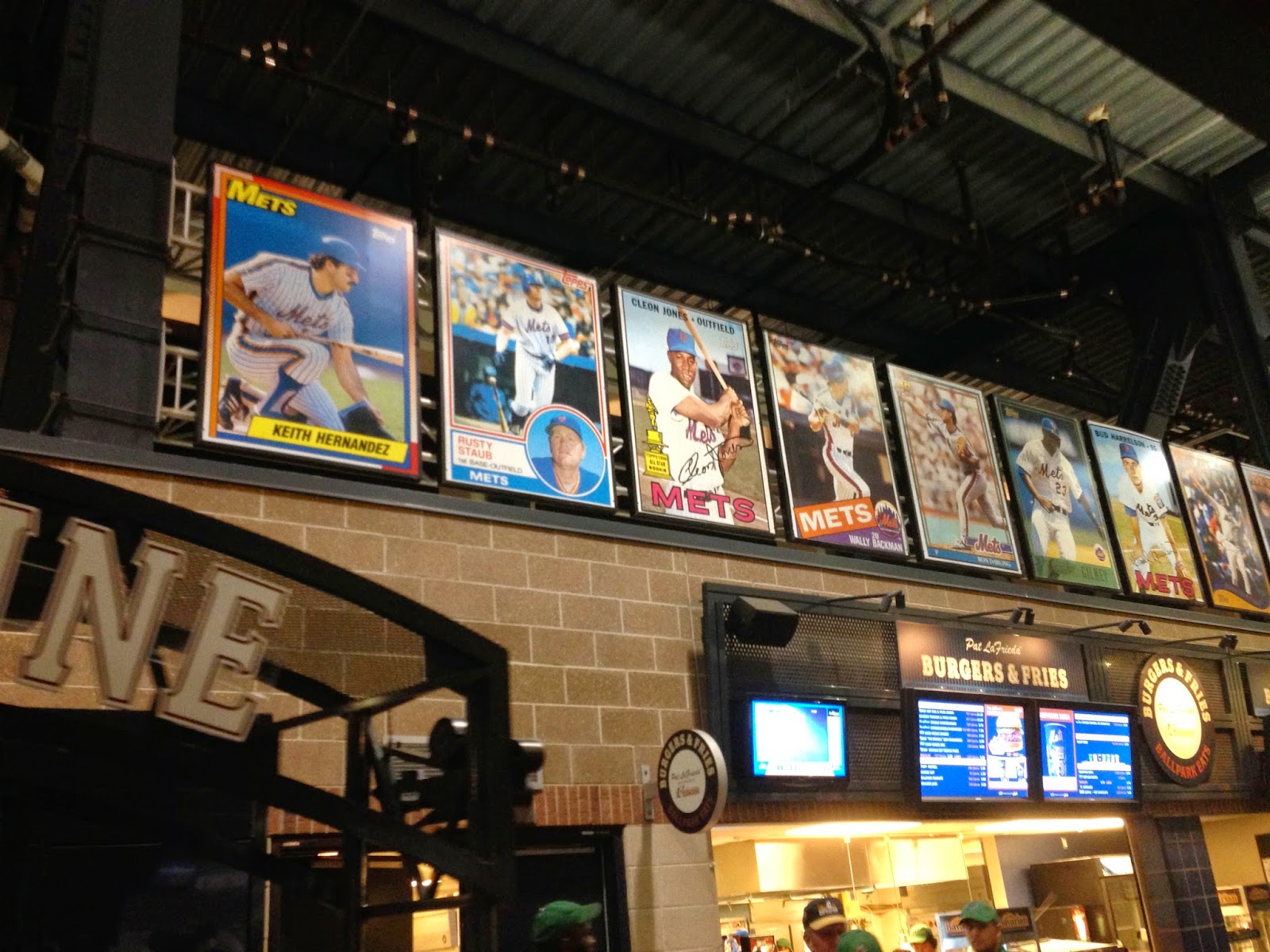 Jokes aside, I had a great time at Citi Field last night! The game, the food, and the experience as a whole was great, which is all I could ask for in a ballgame. It helped me take my mind off my dreadful Yankees for a night, and while I've never been a big Mets fan, I've always been a big David Wright fan, and his diving stop at 3rd really made my night!

If you live by Citi Field and haven't paid it a visit yet, I suggest you should! I still would take Yankee Stadium any day, but I love a little variety in my life and I really had a good time! I'll be checking out another stadium for the very first time this upcoming weekend, and you better believe I'll have a post up regarding that when its all said and done!