Hey guys, Drew back here! In celebration of finally pushing the SAT behind me, my Dad & I made our way down to White Plains in an attempt to meet one of our personal white whales. Before I get to him however, we also met 3 other former players throughout the day, and I'll start with the free signer- Mr. Frank Howard! 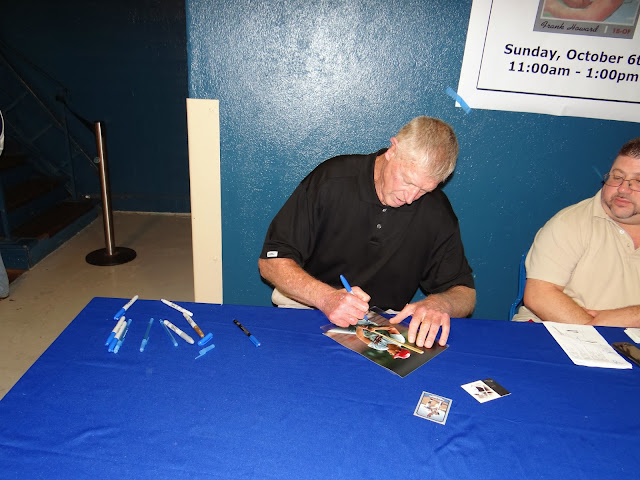 Frank Howard played most of his career throughout an era filled with Mantle's, Mays', Aaron's, however many viewed him as the most powerful hitter of them all! He played most of his career on a terrible Washington Senators team, but had a few seasons that somehow were not enough to push his team over the hump. He led the league twice in home runs, and in 1969 he hit 48 home runs while knocking in 111 runs! 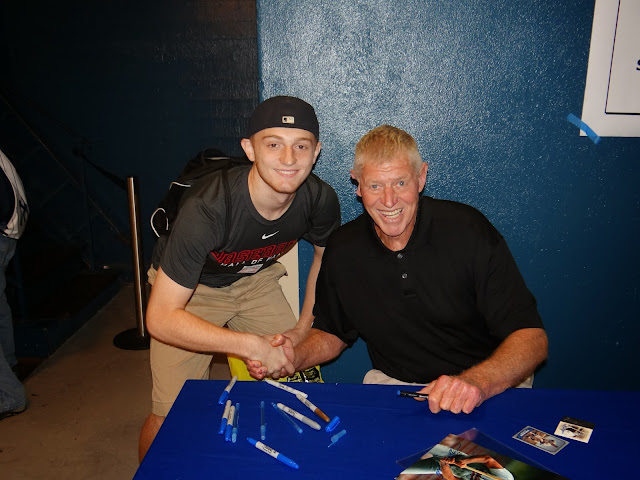 For a free signer, meeting "The Capital Punisher" was a complete steal! He was a very friendly guy, as we ended up talking to him on and off throughout the day. He's a huge guy, standing at 6'8, and when shaking his hand I swear I felt some of his bones crunch! It was sort of disgusting, but otherwise the experience was pleasant. He signed two cards of mine, including one from my 1988 Pacific Legends set, and a beautiful 8x10 that I'll gladly place in my autograph binder. 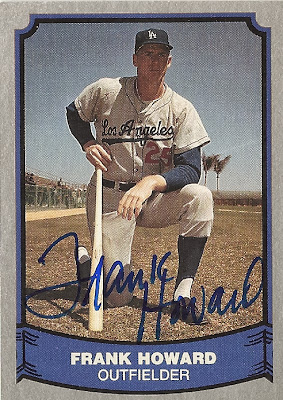 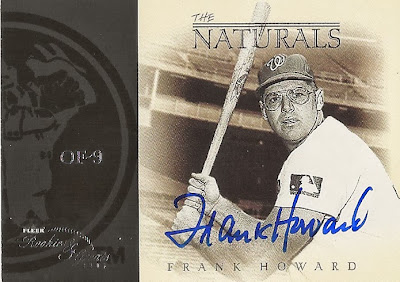 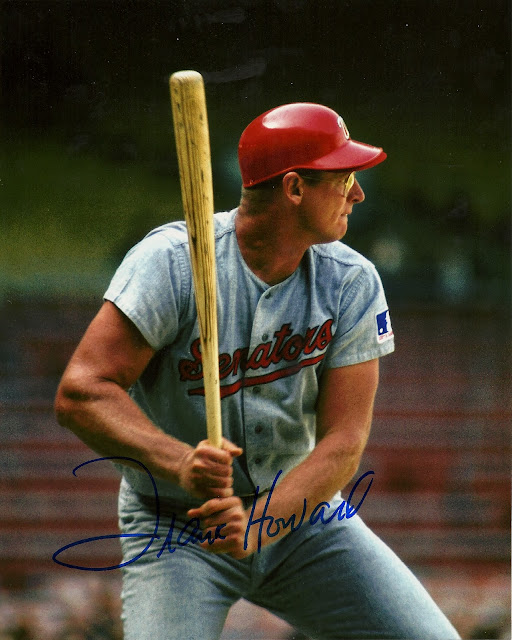 Next up was someone I've met before, but don't think I could ever get enough of, "Sweet Lou" Piniella himself! Although Lou was a solid player in his day, baseball fans will more than likely picture him kicking dirt in an umpire's face before they think about him losing a ball in the sunlight at Fenway Park. 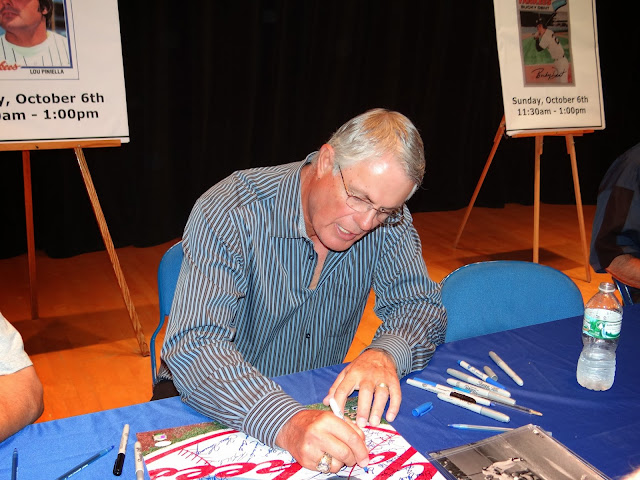 When I first met Lou, I was a little star struck, and I didn't have much to say. This time, I felt a little more at ease with him, and he was in a "sweet" mood. Go figure. Before we posed for a picture, he addressed me as "buddy" and put his arm around me. It was a little surreal, and it made me an even bigger fan of his. 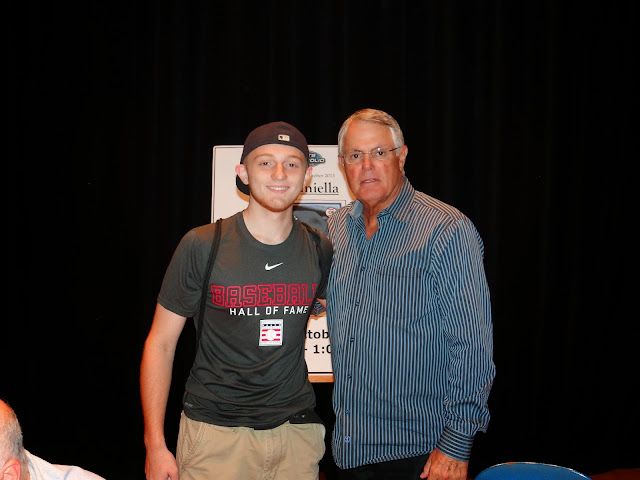 The third and final signer I'll talk about today was Yankee great Bucky Dent! I had never met Dent leading up to this day, but I've always heard that he's a good guy towards fans. Sure enough, the rumors were correct, and I think having Lou Piniella next to him all day made things all the better for us autograph seekers. 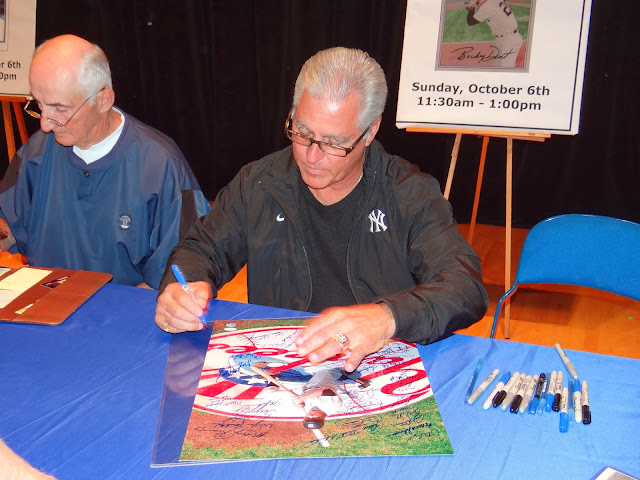 Dent signed my Mantle photo along with an 8x10, and they both came out very nice! Dent and Piniella both really enjoyed my piece, each calling it a beautiful project. It's definitely cool getting praise from guys who have gotten their fair share of praise in the past! 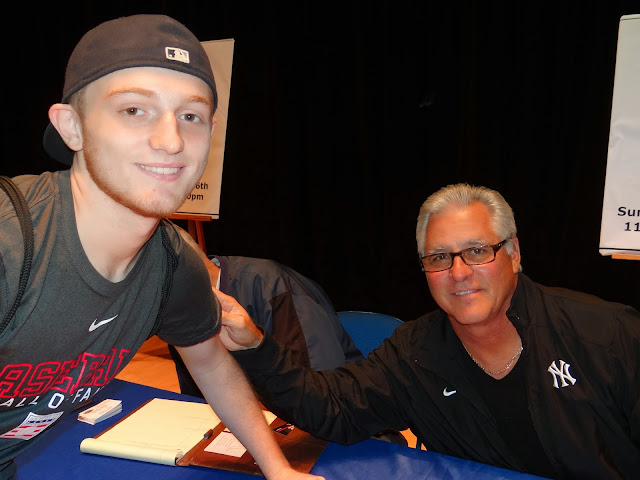 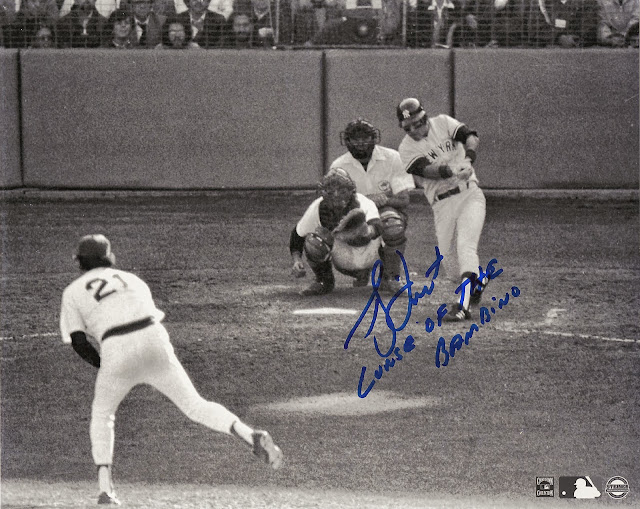 I believe that every Yankee fan should have a piece of this nature in their collection, because most likely if you love the Yankees, you hate Boston (if not, I don't know what to make of you). Dent's statement homerun in the playoffs is one of the most memorable images in Yankees history, and I had him sign it, inscribing "Curse of the Bambino"! It came out awesome if I do say so myself! 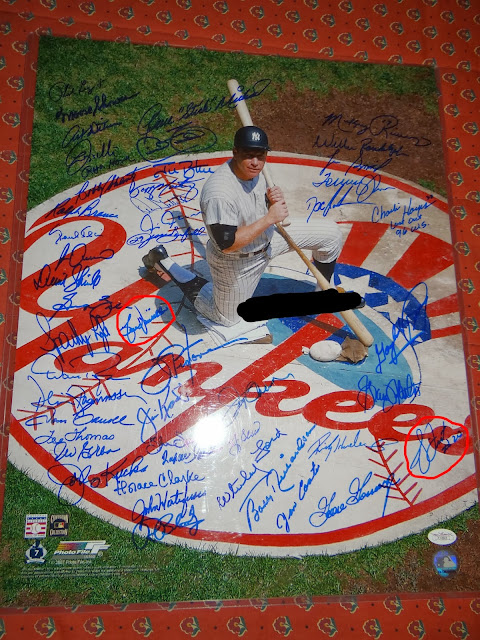 I don't know why I used red to highlight Piniella and Dent's autographs on the photo, but I believe you'll be able to find them if you do a quick scan of it. They both signed in solid locations, and Dent inscribed his number 20! I still don't know what to make of that Charlie Hayes inscription, but next post you'll see something that may be considered worse. Either way, they respectively were the 48th and 49th players to sign the photo!

Thanks to all the players mentioned above for being total class acts! I appreciate you all taking out time in your busy lives to shake my hand (along with many other big fans')! As for you readers, I've got a big one coming up very soon... stay tuned.