Hey guys, Drew back here! I didn't receive too many TTM successes since my last update, but the few I did get back were pretty sweet! Take a look at my 115th, 116th, and 117th successes!

Wade Boggs: c/o Home, 3/3 in 10 Days
Boggs is currently signing autographs like his pants are on fire, and I had to get in on the action! I sent him $3, a dollar for each card essentially, and he returned the 3 back signed beautifully! I met Wade back in March of 2012, and he was a really generous, all around great guy. Eventually, I hope to send him a ball after I soon receive an order of balls I made. The 2009 Topps insert smeared a little bit but the other 2 definitely made up for it! 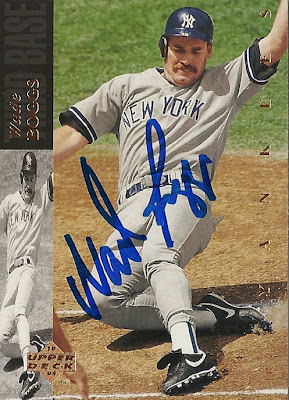 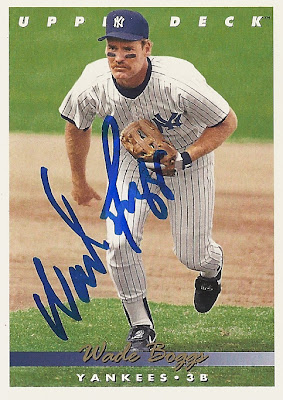 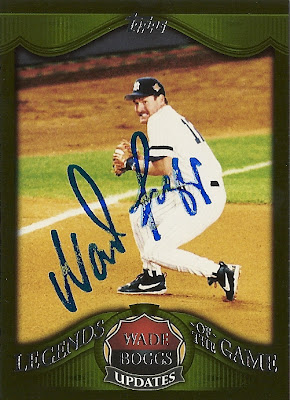 Mahlon Duckett: c/o Home, 2/2 in 13 Days
Duckett is one of the very few remaining ex-Negro Leaguers living today, so I had to reach out to him with a  letter. He was a smooth fielding infielder with a decent bat, and he played for the Philadelphia Stars and Homestead Grays during his career. I wrote him a nice letter, and he kindly signed both items I sent him: a 2010 Allen & Ginter card, and a beautiful 5x7 photo that my good friend William took at Rickwood Field in Birmingham, Alabama! Rickwood Field was home of the Birmingham Barons during its hey day, and he had the privilege of visiting it a year or so ago. He sent me a copy of the photo, and my plan is to fill it with former Negro League players' signatures! One down! He inscribed the photo "Phila Stars, 1940-1950". 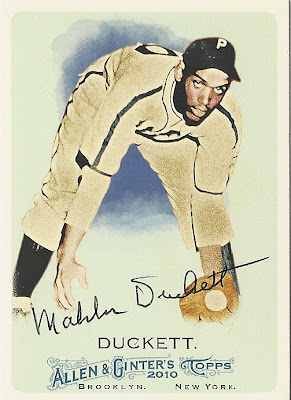 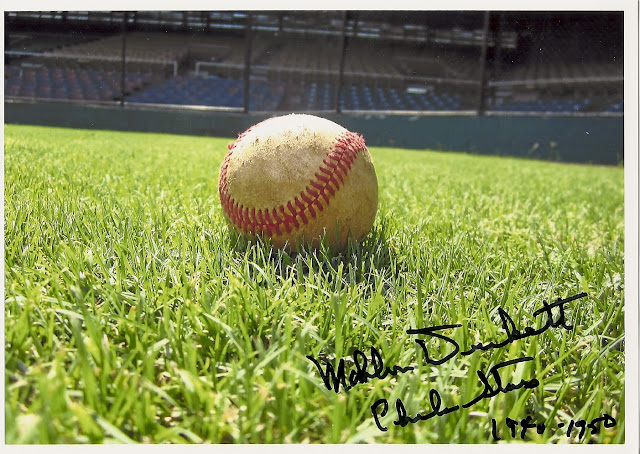 Jason Kidd: c/o New York Knicks, 2/2
This success was a great way to cap off my week. Future basketball Hall of Fame point guard Jason Kidd signed 1 8x10 and 1 5x7 photo for my collection, and both came out beautiful! He's been known throughout his career for being a very good signer for his fans, and he sure did pull through for me. The 8x10 he signed was his celebration after nailing the game winning three against his former team, the Brooklyn Nets! I remember vividly watching the game and jumping up and down when he made the shot. It's cool to have that to remember him by. Secondly, he signed a 5x7 of him and Dirk Nowitzki hoisting trophies after winning the 2011 NBA Finals! I'm planning on sending it over to Dirk next season for him to sign it, and I sure hope it comes back! 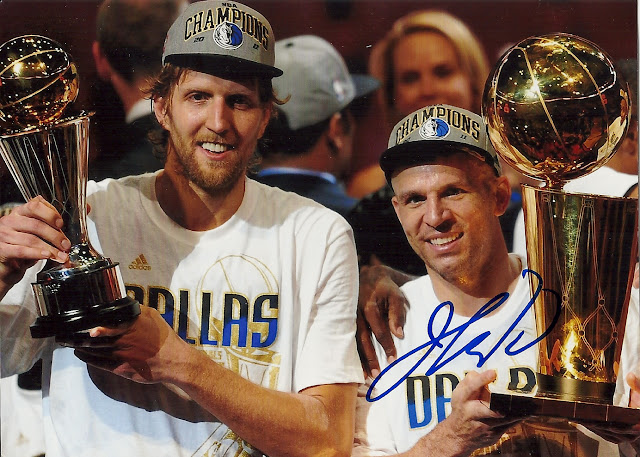