Bird is the Word

Hey everyone, Drew back here! I can't begin to tell you how quickly this semester has gone, but yet I am just a few weeks away from a long vacation. I will be studying next Spring, however I will be in Florence, Italy, so being considered a "student" will be a bit of a stretch. I've spent some of my time lately in preparation for my opportunity of a lifetime, and I can't put into words how much I'm looking forward to leaving the country for the first time.

Anyhow, I never finished showing off my experience at the White Plains Thanksgiving card show last weekend, so I'm here to do just that. I've been gushing lately about the Yankees ability to hold onto their top prospects, and even started a Luis Severino PC in response to my confidence in Brian Cashman and the organization. They finally woke up and realized that baseball is becoming a younger man's game each and every day.

I had a rough week last week, battling through minimal hours of sleep and Black Friday. Thanksgiving felt more like a typical day than the holiday I've always loved. But I still needed to make the trip out to the Westchester County Center in order to shake hands with one of the players I hope will be calling New York home for many years to come. 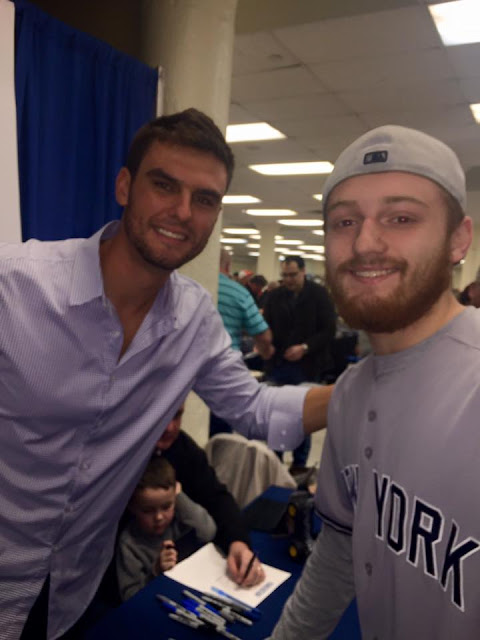 Sure enough, I shook hands with Greg Bird! The headliners for JP's Sports' smaller Thanksgiving show were two young New York phenoms: Bird and Steven Matz of the Mets. I like Matz, but the price point was $20 higher than Bird's, so I just wound up adding the Yankee first baseman to my collection. 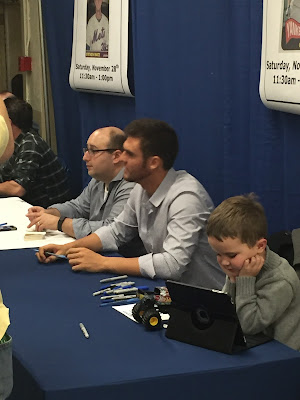 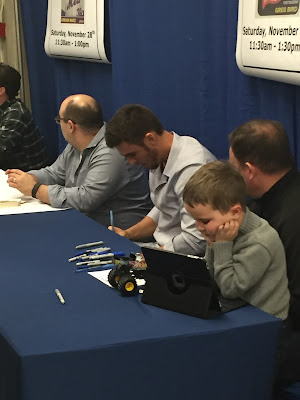 It was a weird experience meeting someone only a few years older than me. In most cases, I am as polite as can be to the established veterans and legends I've met, but it was near impossible not to just say "what's up man" when I stood in his presence. He was very approachable and humble from what I could tell, and I told him I was rooting for him and wished him the best of luck with the Yankees in the future. 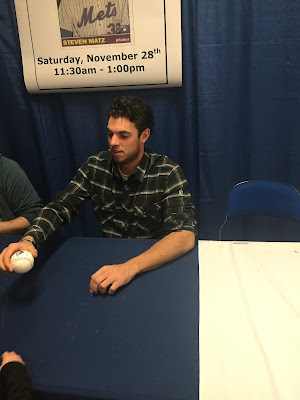 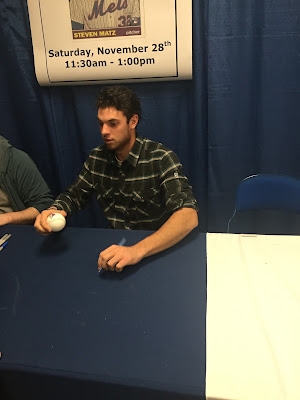 I also managed to sneak a few pictures of Steven Matz in there for my Met fan friends. It was a lot of fun watching them play to the end of October, and nobody really saw it coming. I'm not sure if that will just be a one time thing because they may potentially lose a large sum of their offensive production this winter, but their pitching will most likely be lights out for a long time to come. Matz will more than likely continue to be their most undervalued hurler, and as a fairly local guy I know I'll be rooting for him also. 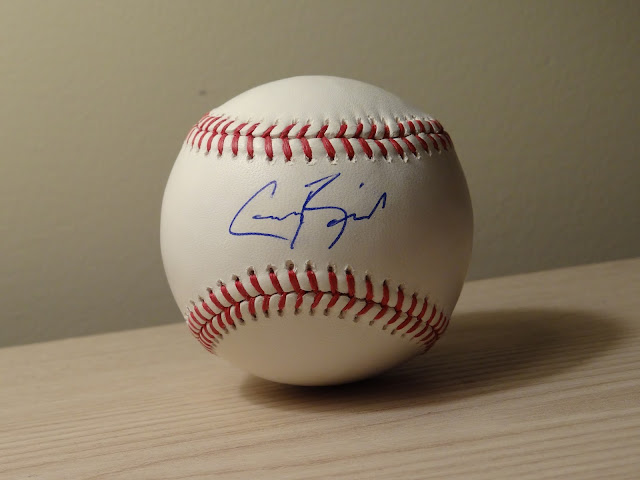 I really liked what I saw from Greg Bird this year in his limited time in pinstripes. I remember coming home from a bad day of work and listening to the Yankees WFAN Radio when he crushed a three run home run to put the team ahead in the top of the 10th inning against the Blue Jays. It certainly made up for that difficult night. He will be starting 2016 in Scranton to receive more plate opportunities while Mark Teixeira returns from his fractured shin to play out the final year of his 8 year contract. Bird will be waiting in the wings for if/when Teixeira fatigues or gets injured, and will most likely take over the spot for good in 2017.

If he hits anything close to the way he did in August and September, we'll be lucky to have him. And I'll be especially lucky to have met him and receive such a nice signed baseball of his.