Hey everyone, Drew back here. Thank you for all the kind birthday wishes; I had a nice birthday although I spent the majority of it at work. I've spoiled myself enough this summer where I didn't feel too obligated in taking my birthday off, and luckily I was off today to celebrate anyway.

About a month ago, I was randomly sent a care package from reader John H. John was one of the many who claimed a team in my big giveaway earlier this year, and ever since he and I have spoken sporadically about baseball and what not via email. Here are the highlights of what John sent along! 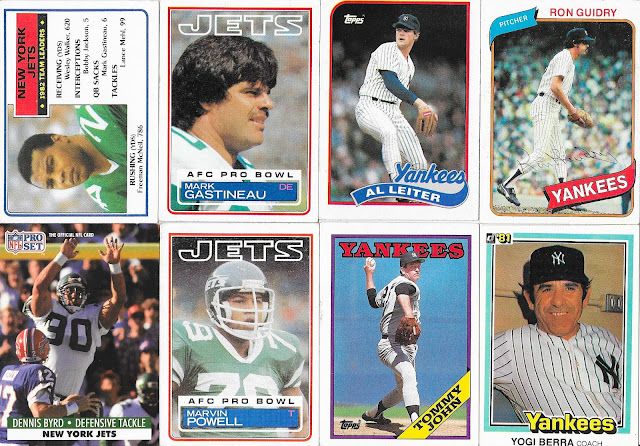 I will always take "vintage" Jets cards whenever given the chance. Although the 1980's and 1990's are not generally viewed as vintage, it has sure felt like forever since they have been of relevance. Sure, they appeared in the AFC Championship game twice in a row, but let's be real; they haven't been a significant threat in a long time. The days of Mark Gastineau, Joe Klecko, and the rest of the Sack Exchange are long since gone, but hopefully Gang Green will improve in 2015 with all of their substantial defensive upgrades. 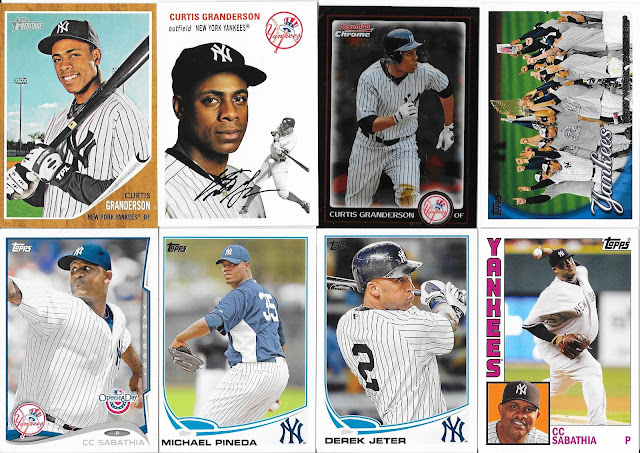 John sent along some Yankees as well, including a few Curtis Granderson cards I didn't have. I have always been on the fence with Grandy. I love him as a person, but I could never get on board with his home run/strikeout approach while he played in New York. His two 40 home run seasons are missed, sure, but I'll take what the Yankees are getting out of Gardner and Ellsbury (when healthy) any day over that. It's nice seeing him on the Mets now, because I can still somewhat root for him, but I don't get nearly as angry when he strikes out another 150 times a season. 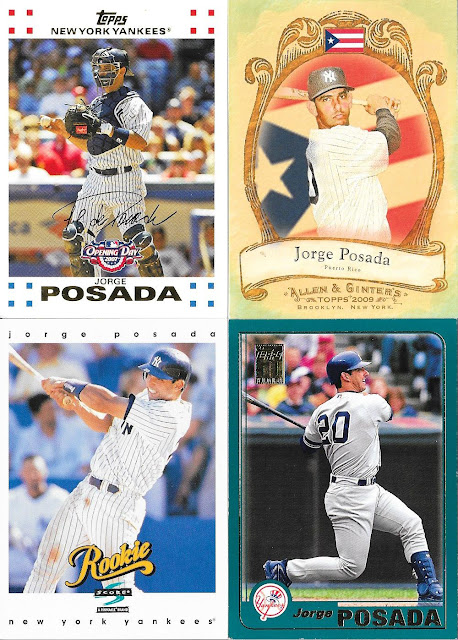 We wrap up with some cool Jorge Posada cards. Posada was on my radar early on this summer when I finished reading his great autobiography, but ever since he's faded right back to how I've always viewed him. I gained a lot of respect for the Bronx backstop, but I can't help but always view him as the "Ringo" of the Core Four (John Lennon = Jeter, Paul McCartney = Rivera, George Harrison = Andy Pettitte; tell me if you see that as well or if I'm just crazy). Regardless, I'll always gladly take any cards of his that I can get my hands on!

Thank you so much John for the random act of kindness! I'm sorry I took so long to post it, but here it is now; better late than never!