Hey guys, Drew back here! I hope you all had a wonderful holiday with your families, because I most certainly did. Spending time with my family has proven to be invaluable to me, and it never hurts to open some presents as well.

Yesterday, the Yankees were hit with some relatively bad but expected bad news. Our former #2/3 starter Hiroki Kuroda announced he would be leaving the United States to go pitch where it all started for him in Japan. At the age of 40, it makes a lot of sense for him to be wanting to wrap up his professional career, and he'll be able to put an official end to his journeyman career. Kuroda was an above average starter in his 7 big league seasons, compiling a 79-79 record with a 3.45 ERA and 986 strikeouts. He pitched his 4 seasons with the Dodgers, but finished his MLB stint with 3 years in pinstripes. He was known for being a better pitcher than his baseball card statistics would read, often receiving hard luck losses for well pitched games.

While it was already just about predetermined that he wouldn't be returning in pinstripes in 2015, Hiroki and his respectful, professional demeanor will most certainly be missed. Best of luck, Hiroki. 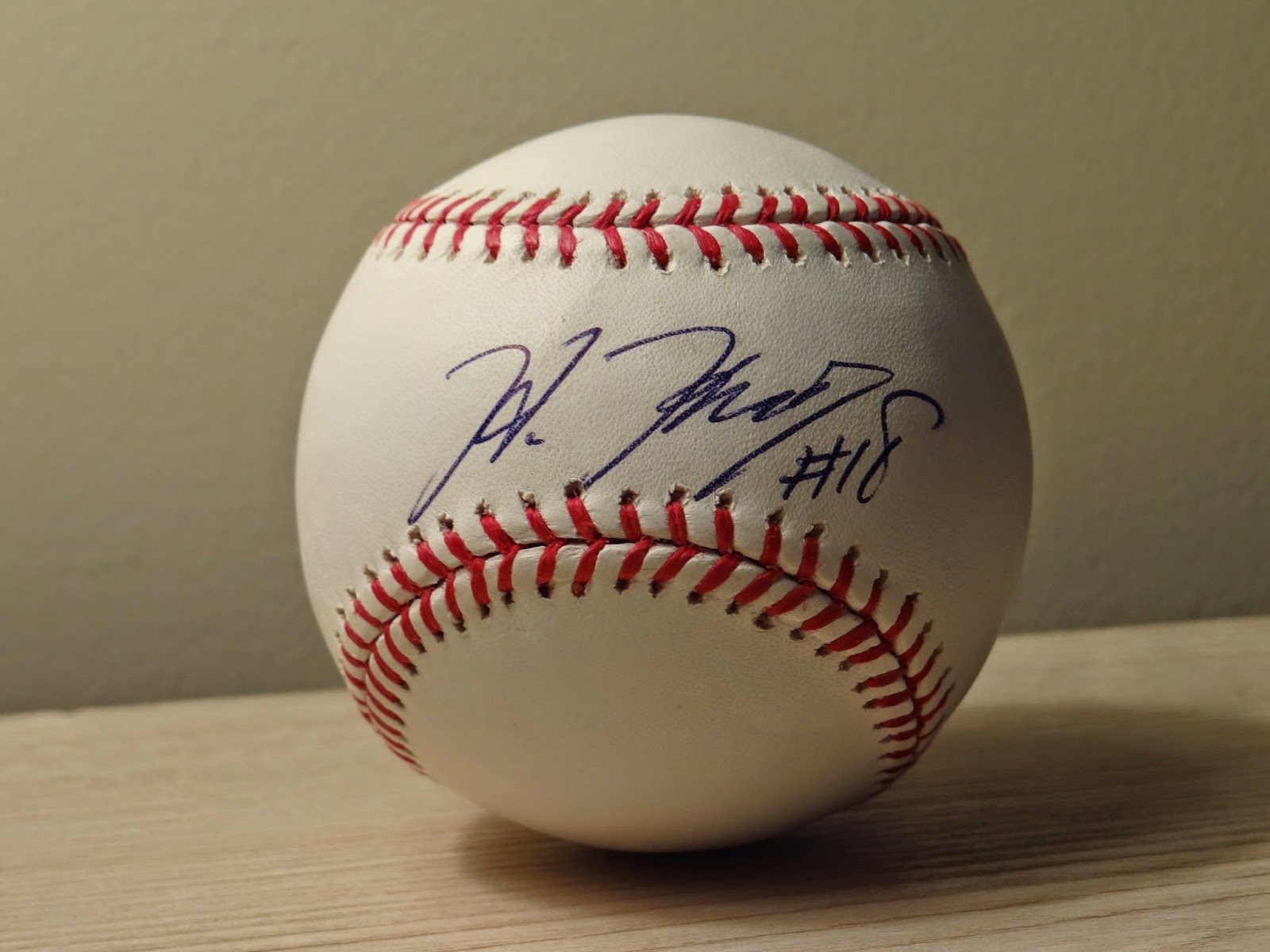 Yesterday, I was reading back on my Cooperstown trip posts, and I realized I completely forgot to post about this baseball, as well as one other ball I'll show very soon. My dad bought me this awesome Kuroda autographed baseball in a card shop, inscribed with his number and everything. My friend Mike told me Japanese pitchers wear #18 to signify being the ace of their staffs. Masahiro Tanaka wore #18 for the Rakuten Eagles before having to give up the number for Kuroda upon joining the Yankees in 2014. This is one of my personal favorite signed balls because it's rare to find his autographs out there, and I always had a lot of respect for Kuroda. While he'll be in Japan next year, I'll always have this baseball to remember his success in the Bronx.

Thank you Dad for the baseball way back when, and See Ya!
Posted by Drew at 12:14 PM