Hey guys, Drew back here! Last night was a terribly unproductive night, as I suddenly became pretty sick to my stomach. I stayed home today due to that, but fortunately it might have just resulted from the absurd amount of food I'd been eating lately. However, since you all didn't really need to know that, I'm just going to jump into this one. Dad surprised me at the end of the show with a black box in a plastic bag. He told me to wait until we were in the car for me to open it, so I did, and I waited curiously, thinking of what it could be. I had a feeling it had something to do with a signed baseball, but I didn't know where to go from there. However, I had a pretty good idea of what it was once I took it out of the bag. 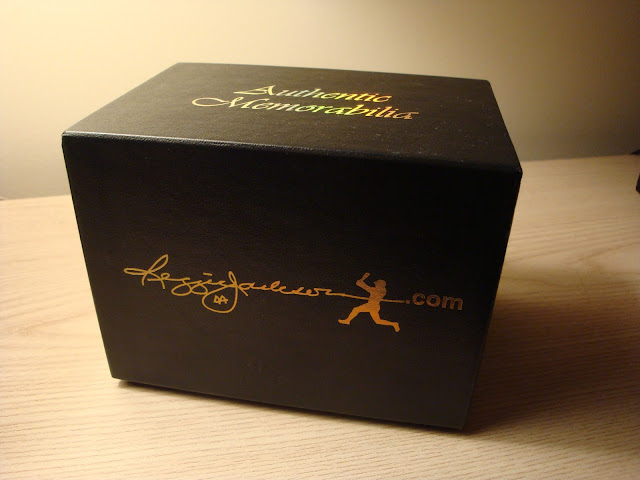 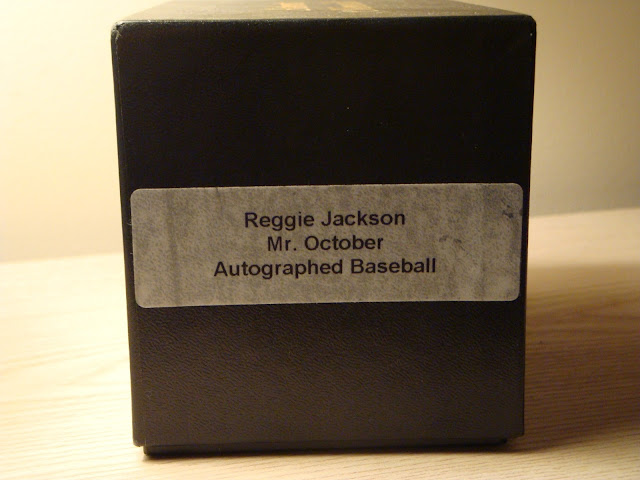 My initial reaction was: woah. I didn't see a Reggie Jackson signed ball coming at all, and I was so excited to see what it looked like! Reggie isn't easy to come across for autograph signings, so it's always nice to pick up his stuff. Plus, it saves me for thinking any less of him if he's a jerk in person, which I've heard on numerous occasions. 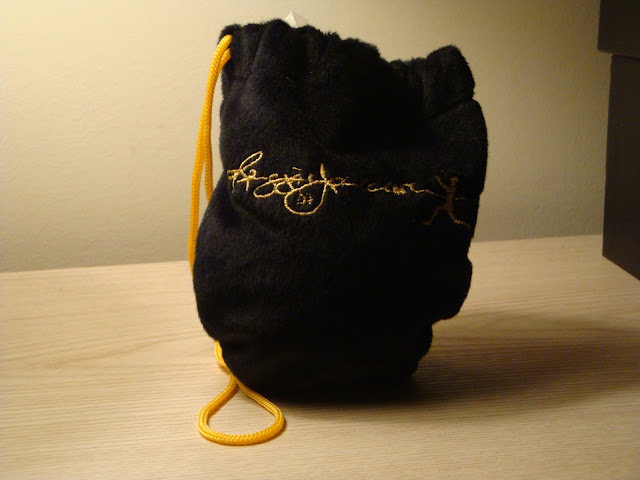 The ball must have came from Reggie's online autograph website, considering everywhere you look, "reggiejackson.com" is involved. The ball came in this sweet little.. sack(?), and ever since I got it I've questioned whether to keep it in there or put it in a cube. As much as I like the protection for it, I'd prefer to show it off. Here's a reason why: 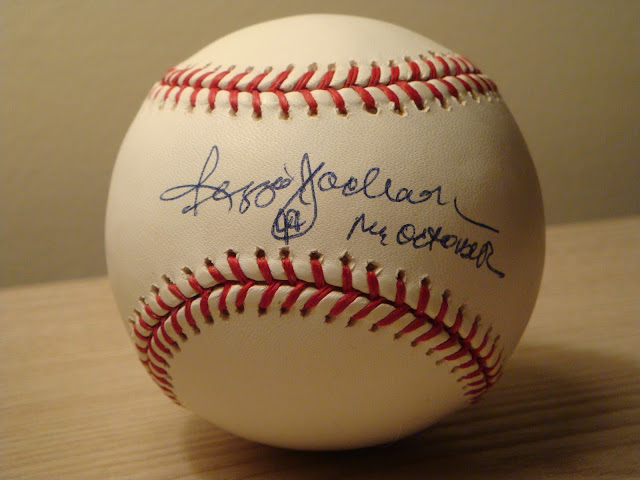 Enough said. Ball cube it is. It isn't a fresh new signature, but the ball is in good shape, and the inscription is sweet! Even though it said "Mr. October" on the outside, I didn't expect the ball to have that inscription, which was just an added bonus! Also, Reggie's #44 is hidden inside the J, so I guess you can consider it dual inscribed!

Also included inside the box was a full Certificate of Authenticity, in case the "reggiejackson.com" wasn't enough for you to believe it's legitimacy! Overall, I was really impressed with the way the box was put together, but as much as I like it, I'm going to have to show Reggie off with the other Hall of Famers I now have!

Thank you so much Dad for the awesome gift! It really means a lot that you're always willing to support my hobby, and that you always seem to go above and beyond!